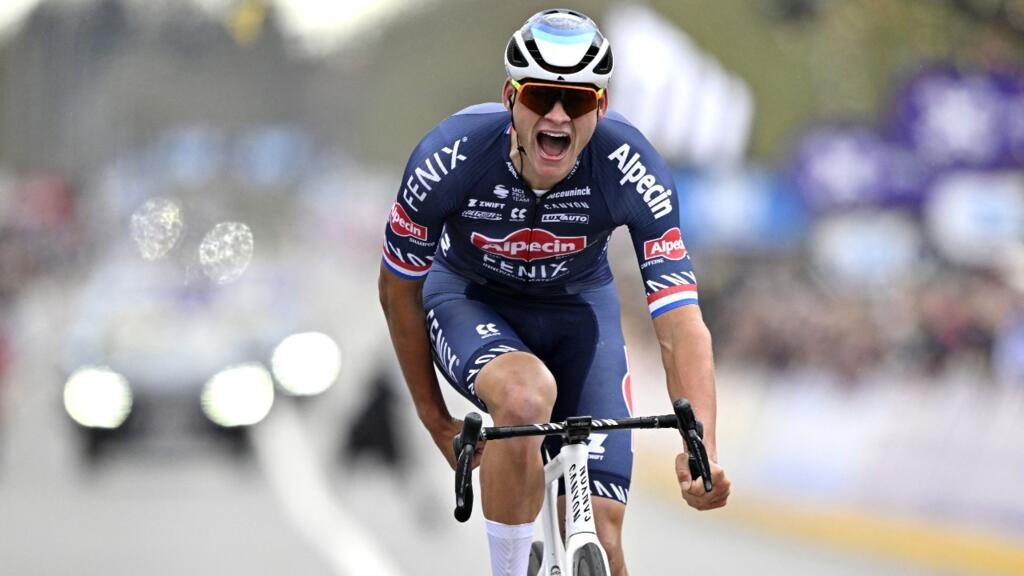 Dutch Mathieu van der Poel (Alpecin) won, on Sunday April 3, for the second time the Tour of Flanders, one of the “monuments” of the cycling season.

Already winner in 2020, Van der Poel was ahead in this 106and edition the Dutchman Dylan van Baarle and the Frenchman Valentin Madouas.

The Slovenian Tadej Pogacar, reigning winner of the Tour de France, took fourth place at the end of the 273 kilometers of a race which attracted large crowds after two editions behind closed doors.

Pogacar, impressive throughout the race, temporized in the last hectometres to force Van der Poel to start the sprint. But the duo saw the return of the first pursuers launched at full speed and the Slovenian found himself overwhelmed, unable to compete.

Pogacar caused a first selection 55 kilometers from the finish, in the second of the three climbs of Old Kwaremont. Relayed by Van der Poel, he continued skimming on the following climbs to keep only four other riders with him, Van der Poel and Madouas as well as Van Baarle and Briton Fred Wright who had anticipated.

The winner of the Tour de France forced the pace on the third climb of Old Kwaremont to only keep Van der Poel with him, at the start of the last 18 kilometers. But he couldn’t outrun them on the final climb, the Patenberg, and the pair headed for Oudenaarde to battle it out for victory.

“Pogacar was the strongest today”

“I was on the verge of giving up at the top of the Paterberg,” admitted Van der Poel. “It’s a shame that Pogacar is not on the podium, he was the strongest today.”

At 27, the four-time cyclo-cross world champion now has two victories in a “monument”, the name of the biggest one-day races.

He placed third in the last two before the Tour of Flanders, Paris-Roubaix last October and Milan-Sanremo on March 19 for his first day of racing in 2022.

The grandson of Raymond Poulidor also has major successes to his name, such as the Amstel Gold Race 2019 and the Strade Bianche 2021. Last year, for his debut in the Tour de France, he won a stage and wore six days during the yellow jersey which had always been refused to his grandfather.

“the great relief” of Senegalese players after their coronation against Egypt