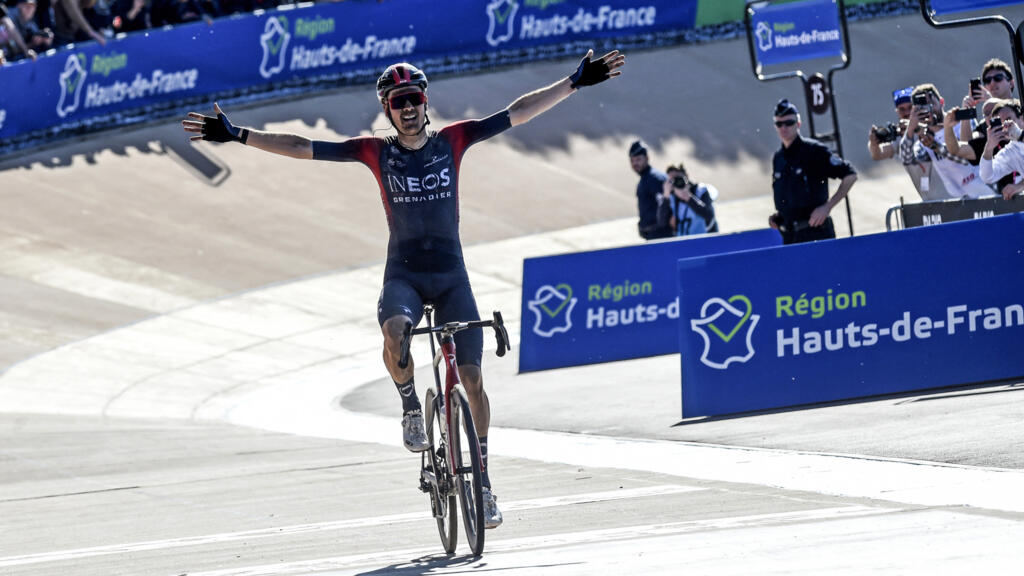 The rider of the Ineos Grenadiers team, Dylan van Baarle, won the queen of the classics, Paris-Roubaix, on Sunday, after an attack 19 kilometers from the finish.

Dutchman Dylan van Baarle won the 119th edition of Paris-Roubaix on Sunday April 17. He thus gave the Ineos team, the richest in the peloton, the first success in its history in the “Queen of the Classics”.

This is the first time that the 29-year-old Dutchman has won a very big race. Second in the world championship last year, he was second in the Tour of Flanders at the beginning of the month.

An attack 19 km from the finish

The Ineos team went on the offensive… 210 kilometers from the finish with the help of the Quick-Step. The peloton of favorites (van der Poel, Küng) was forced into a 105 kilometer chase to get in before Haveluy.

Up front, Slovenian Matej Mohoric, the winner of the last Milan-Sanremoled a breakaway formed before the Trouée d’Arenberg, 111 kilometers from the velodrome.

Mohoric, delayed for a time by a change of bike, then saw a reduced group of favorites return before starting again, at the threshold of the last 30 kilometers, with the Belgian Yves Lampaert.

Behind them, van Baarle reacted before breaking away on the cobblestones of Camphin, at the entrance to the 20 kilometers, and heading for the 7th Dutch success in history, eight years after Niki Terpstra.

“Attitudes are changing in Senegal”

CAN 2022: “great matches” hampered by a “quite disappointing level of disorganization”

the Africa Cup of Nations will take place in January-February