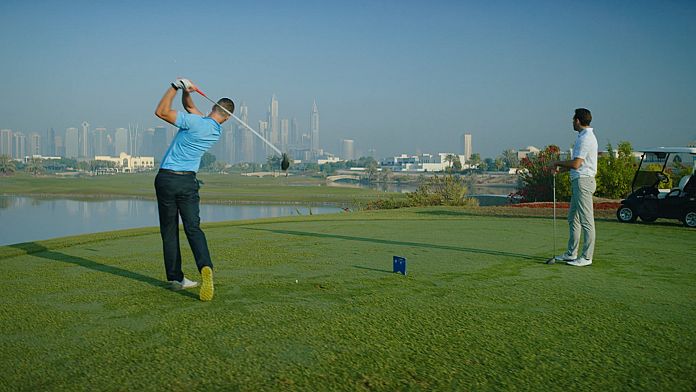 In Dubai, the golf season begins in October. With 18 world-class venues easily accessible across the Emirates including 13 in Dubai, golfers” are spoilt for choice. Courses that host international tournaments like the one called Earth Au Jumeirah Golf Estates, as well as Faldo and Majlis the Emirates Golf Club are visible during television broadcasts around the world.

“The Majlis is a very special course for many players,” explains Christopher May, CEO of Dubai Golf. “It was the first turf course in the Middle East in 1987 and has been central to the development of the sport in the region, hosting the Dubai Desert Classic every year since 1988.” he says.

Dubai is famous for its 5-star hotel and top-of-the-range culinary offerings, as well as magnificent scenery for practitioners and spectators alike.

The competition calendar opens every year with the women’s tournament Omega Dubai Moonlight Classic scheduled this year, on October 27th and played on the Faldo course.

The season continues with the DP World Tour Championship (from 18 to 21 November 2021) on the Earth trail Jumeirah Golf Estates, but the biggest event is probably the Slync.io Dubai Desert Classic (from 27 to 30 January 2022) which is held on the Majlis course at Emirates Golf Club and is part of the 2022 Rolex Series with an endowment of $8 million.

But you don’t have to be a professional to enjoy Dubai golf courses. Outside of tournaments, they are open to players of any level.

“There are a lot of good golf courses here,” Mark Chapleski, executive vice president of Troon International. “Most of them were designed by iconic golfers like Colin Montgomerie, Ernie Els, Ian Baker-Finch, etc. And it’s so sunny from November to the end of April,” he added. “This is one of the best weather in the world at this time,” he assures me.

In addition to the 18 holes, 9-hole options are available to players such as the Meydan Golf Course and the Trump International Golf Club that allow you to practice at night.

Also open day and night, TopGolf is a new training site: you play with balls equipped with an electronic chip that you send on a green equipped with giant targets similar to those of darts. The farther your ball goes and gets closer to the center of a target, the more points you will collect. Children have a dedicated area to play golf and there are also bars and restaurants.

The sides are just as important as the sport in Dubai which has luxury hotels and award-winning restaurants offering gourmet cuisine, luxury spas and suites overlooking the golf courses. Carine chef Izu Ani stands out in the catering offer by its French keys, as well as the new establishment Orangerie whose decor is inspired by the universe of Phileas Fogg. It serves a “fish and chips” which consists of a generous spoonful of caviar served on a quenelle of smoked fish mousse accompanied by multicolored chips. What to make the “19th hole”, an unforgettable stage.