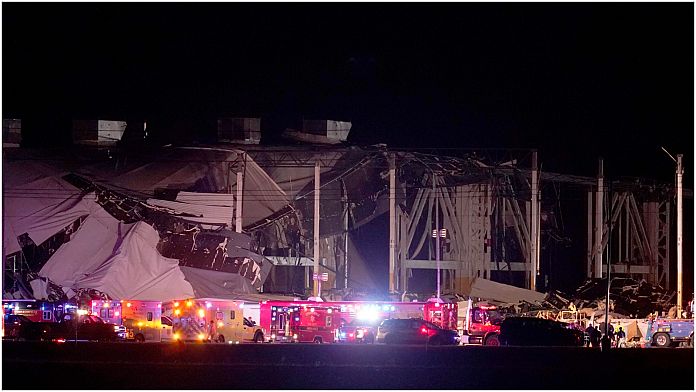 Mayfield, a city in the state of Kentucky in the southeastern United States, was swept away by a violent tornado.

There are dozens of deaths and considerable damage. Many houses, roofs or vehicles did not withstand the formidable power of the winds. Several counties have been devastated.

The governor of Kentucky has declared a state of emergency. He fears a particularly heavy human toll:“We believe there are over 50 dead in the state of Kentucky. But, there could be over 70 or even 100 lives lost.”

Other southeastern and south-central states were hit by this tornado, including Tennessee and Arkansas. Amazon warehouse collapsed trapping many workers in Illinois

Early voting in Portugal: voters have started voting for the legislative elections