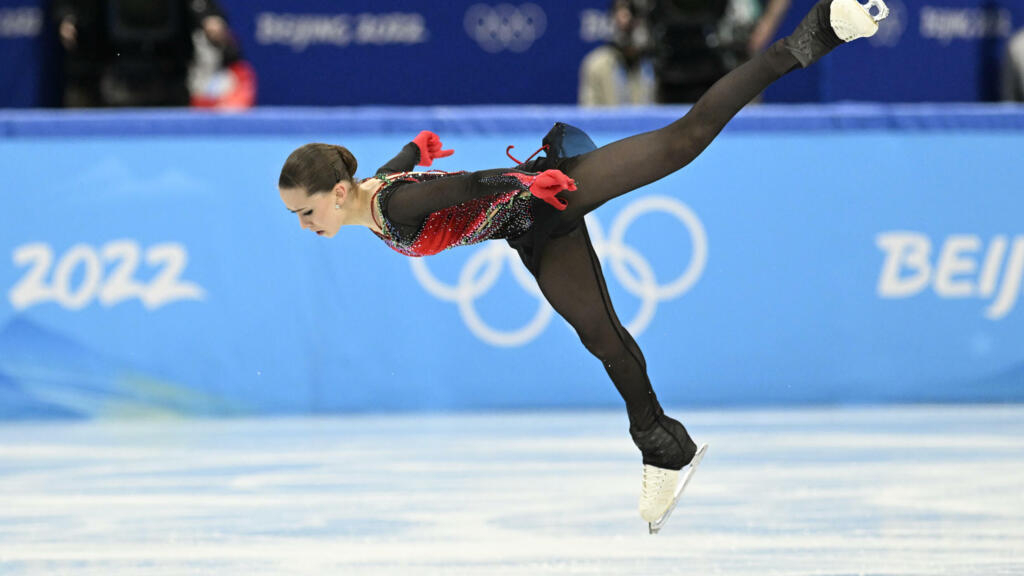 The Russian press reports that 15-year-old skater Kamila Valieva, big winner with her country of the team event at the 2022 Olympic Games in Beijing, has undergone a positive doping test. The International Testing Agency and the International Olympic Committee decline to comment.

At 15, she is already the new darling of figure skating. Since her arrival on the senior circuit in 2021, Kamila Valieva has had a string of successes in Grands Prix and flew over the European Championships in Tallinn last month. Monday, February 7, she dazzled the world by becoming the first woman to perform a quadruple jump at the Olympic Games. A performance that allowed her to win the team event with her partners and to make her the logical favorite for the individual event on February 15.

According to Kommersant newspaperthe postponement of the medal ceremony would be linked to a positive doping test for Kamila Valieva, which could deprive Russia of the title – which is participating in the Games under a neutral flag following a resounding doping scandal during the Olympics – Sochi 2014.

The Russian daily specifies that the substance identified would be trimetazidine, used to relieve angina pectoris and banned by the World Anti-Doping Agency since 2014.

According to the RBC dailyanother Russian media, the check would have been carried out in December.

IOC spokesman Mark Adams said Thursday in Beijing during the Olympic body’s daily press briefing that he had “no comment to make” on “a situation that has all kinds of implications”. and called reports that it was a doping case “total speculation”.

“I imagine that all the people (in charge) work as quickly as possible. We are aware that for the sportsmen (affected by the medal ceremony) they want to achieve a quick outcome,” he said. precise.

The International Skating Federation (ISU) for its part recalled in a press release that it “could not reveal information relating to a possible violation of anti-doping regulations”.

Contacted Thursday morning in Beijing by AFP, the Court of Arbitration for Sport (CAS), whose anti-doping chamber validates decisions on anti-doping sanctions, indicated that it had “not yet been seized for this case”.

The International Testing Agency (ITA), competent to carry out checks on the sites of the Olympic Games, for its part published a press release to explain that it had, for the time being, no announcement to make.

“The ITA is aware of the various articles circulating regarding the postponement of the medal ceremony for the team figure skating event at the 2022 Beijing Winter Olympics. Any announcements related to these events would still be posted on the ITA website and would not be the subject of any further comment. No such announcement has been published at this stage.

The Kremlin rose up against these accusations through its spokesman, Dmitry Peskov.

“The scandal does not break out at the Olympics, but around the Olympics, among those who do not have the right information, as always,” he said. “We will not join everyone who howls with the pack. The only source is and must be the IOC. We wish our athletes, including Valieva, only gold medals.”

• A status of minor which complicates the case

According to the information from the specialized site Insidethegames, her age would make her a “protected person” under World Anti-Doping Agency regulations. In fact, since she is a minor, Kamila Valieva cannot legally be formally identified within the framework of anti-doping protocols. And this, even if she were to be tested positive for a doping product during the Olympic meeting in Beijing.

“The mandatory public disclosure required in Article 14.3.2 shall not be required where the Athlete or other Person who has been found guilty of an anti-doping rule violation is a Minor, Protected Person or Recreational-level Athlete,” foresees the 2021 world anti-doping code. “Any optional public disclosure in a case involving a minor, protected person or recreational level athlete shall be proportionate to the facts and circumstances of the case.”

• The consequences in the event of a positive test?

According to the newspaper l’Équipe, the question of sanctions would also be problematic, pointing to a lack of precision in the ISU regulations. In the event of a positive test, what would happen to the Russian Olympic skating team involved in the team event? She could either lose the points earned by Kamila Valieva or simply be disqualified.

Russia could still be singled out as it has been mired since 2014 in a vast doping and drug scandal. repeated cheating going all the way to the highest peak in the state. This earned him a two-year exclusion from major international competitions in 2020, and if there was indeed a Valieva affair, it could still harm his image.

who is Marion Rousse, the director of the women’s race?

the Blues find victory against Finland