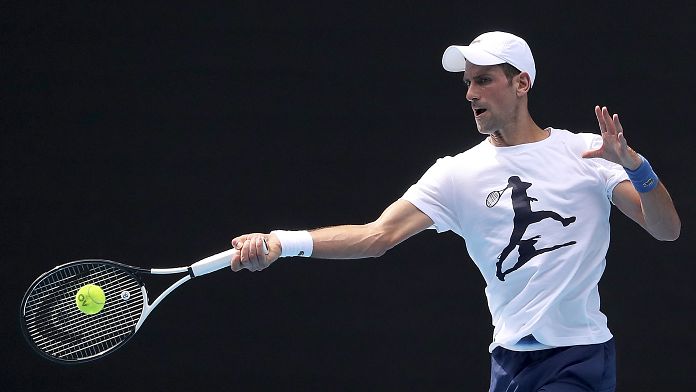 Novak Djokovic, who remains under threat of deportation from Australia with less than a week to go to the Melbourne Open, traveled between Serbia and Spain at the end of December, contrary to what he said in a travel document.

This erroneous statement could weaken the position of the world No.1, at a time when Australian Immigration Minister Alex Hawke is still examining the possibility of canceling his visa again.

To the question “have you traveled, or will you be traveling, in the fourteen days before your flight to Australia?”, Djokovic answered “no” in a health form filled out to enter the country and made public on Tuesday. .

“Making a false or misleading statement constitutes a serious offense,” the document warns.

Problem: various publications, in the international press and on social networks, testify to a “Nole” trip between Serbia and Spain at the end of December 2021. Less than two weeks before his departure for Australia on Tuesday January 4.

Djokovic, whose request for medical exemption from the required compulsory vaccination is based on a positive Covid-19 test on December 16, was still in Belgrade in the following days.

He then participated in several public events and was seen there again on December 25, racket in hand in a street of the city, in the company of the Serbian handball player of Benfica Petar Djordjic, according to an Instagram post by Djordjic himself, relayed by a tweet from a Portuguese journalist, and according to the local press.

“Djokovic in the streets of Belgrade!” Enthuses the news site espreso.co.rs, with a photo of the local hero playing tennis in the street, in jeans and a winter jacket. “Even a walk cannot be done without a tennis racket!”, continues espreso, in this page published on December 25 at the end of the afternoon.

The catch is that the Serbian with twenty Grand Slam trophies, like Roger Federer and Rafael Nadal, then spent the last moments of 2021 and the first of 2022 in Andalusia, in southern Spain.

“Djokovic trains between the court of his villa in Sierra Blanca and, above all, on the fast surface on the courts of the tennis club Puente Romano” in Marbella, writes the Spanish regional newspaper Diario Sur on January 2, in an article illustrated with a series of photos of the world No.1 in training today, in front of a few spectators.

“He is accompanied by his trainer Marian Vajda, his physiotherapist Ulises Badio and physical trainer Marco Panichi”, specifies the daily.

The Sototennis academy has also documented the passage to Marbella of the 34-year-old Serb on social networks.

“Just before the start of the year 2022, we had the chance to meet Novak Djokovic”, she wrote in commentary on two videos of Djokovic with his son Stefan on a tennis court published on January 6 on Instagram.

As of December 31, she posted on Twitter another distant video of “Djoko” in training, with the message: “We can confirm that Novak Djokovic is ready for the Australian Open if possible.” Djokovic still maintained at the time the mystery on his participation or not in the first Grand Slam of the season.

The Serbian champion, who arrived in Melbourne on the night of Wednesday to Thursday, had his visa canceled and spent the next four days in a immigration detention center before winning the case on Monday. According to the court’s findings, he was not given the opportunity to present his arguments before his visa was invalidated by the Australian authorities.

Taliban visit to Oslo: “a success in itself” for the head of Afghan diplomacy