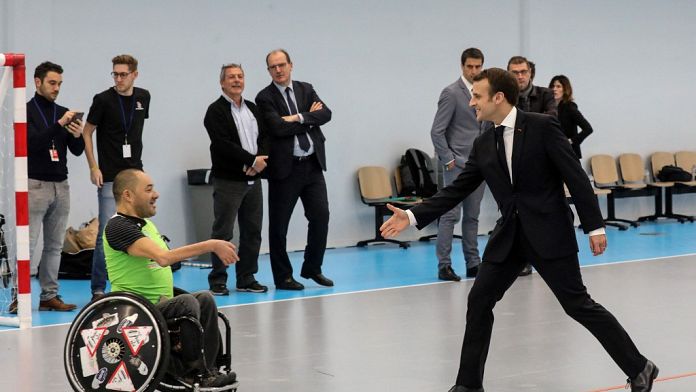 A little less than five years after the coming to power of Emmanuel Macron, France’s disability policy is heavily criticized. In September, the executive was called to order by a UN committee and tensions crystallized around the issue of the “de-maritalization” of the Disabled Adults’ Allowance (AAH).

This Thursday, the bill called “Various measures of social justice” returns for the third time before the National Assembly. Among its main provisions, the end of the taking into account in the calculation of the AAH of the spouse’s income, which was the case until now. This is called “deconjugalization”, the fact of considering each member of a couple as a separate taxpayer.

Concretely, as soon as the spouse’s income reaches 1,020 euros per month, the allowance begins to drop, until it is completely abolished when he earns a little more than 2,000 euros net per month. Associations and activists for the rights of people with disabilities denounce the resulting infantilization and the obvious financial risk that weighs on 1.22 million beneficiaries.

“It’s a little incomprehensible! One has the impression that all the oppositions are in favor, and they continue to say that de-maritalization would be a breach of equality. But it is the reverse! It is the current situation which is unequal. They always come out with more fantastic arguments than the others “, comments, tired, Lény Marques, spokesperson for the Collective Fight and Handicaps for Equality and Emancipation (CLHEE).

Unanimity against the government

The bill has in fact been supported for almost two years by both the right-wing and the left-wing opposition. The Communist, Insoumis, Socialist, Liberties and Territories, UDI and LR groups voted in favor during the first two votes in the National Assembly. Unanimity rare enough to be underlined.

But beyond France, its mode of operation is today denounced by international organizations. In a report Addressed to the French authorities at the beginning of September, the UN strongly favors a reform of the current system because this goes, according to the organization, against the “autonomy” of people with disabilities.

In interview at Handicap.fr, the French Secretary of State in charge of disabled people, Sophie Cluzel, nevertheless assumes the government’s position.

“If we want to be able to continue an ambitious policy of support and new rights, we cannot undermine family and national solidarity. I fully assume to direct funding to the people who need it most in terms of income “, she believes.

In terms of expenditure on disability, France is indeed one of the best students in Europe. With 2.2% of its GDP, or 51 billion per year spent, it ranks just behind Sweden and Denmark. A budget which, according to the Secretary of State, increased by 17% during the five-year term.

The AAH alone represents around 11 billion euros per year, according to figures from the executive.

Since his election, Emmanuel Macron has even increased this allowance several times. In 2017, it was a little over 800 euros, it is now over 900 euros (903.60 euros) at full rate. An amount which, despite everything, still places its beneficiaries under the poverty line.

While the candidate Macron had made the autonomy of people with disabilities, the compass of his policy in this area and that the concept of “inclusion” is omnipresent in the speech of the minister, this refusal of the majority has something to question.

François Marien collaborated in 2017 on the development of theWorking on the issue of disability. At the time he believed “that a young president could initiate a change of course”. Five years later, he was completely disillusioned. “We did some on the spot”, he laments.

For him, the government position on the AAH is like an executive locked in outdated representations of disability.

“It is not the fact of increasing the budget that will make France an egalitarian and inclusive country. These are means which are once again directed towards the construction of specialized establishments etc. It is not that of inclusive politics “.

In France, 200,000 adults and 100,000 minors are placed in these institutions where, according to the United Nations, “their freedoms are restricted” and a “spatial and social segregation is at work”.

“There is a very strong discourse on inclusiveness except that the result is that when we talk about the rights of people with disabilities, they answer places for children with autism or in ESATs (Editor’s note: Establishment or work assistance services)“, storms the spokesperson for CLHEE. “The UN asks them that we stop the centers and that we put in place human aid within the community to meet the needs!”.

In February 2020, a few months after a very critical first report from the UN, Emmanuel Macron fixed 12 commitments for a more “inclusive” act 2 of its five-year term.

Symbolically, the first of them concerned theaccess to education. The stated objective: that in September 2020 “no child is left without an education solution”. Schooling solutions that often require the presence of personalized help in the classroom. What we call the AESH (Accompanying students with disabilities).

And this is where the shoe pinches. If the figures are up sharply – they are now 125,500, an increase of 35% in five years – we are still very far from the target. Because at the same time, the needs are enormous. More than 400,000 students have disabilities and are educated in schools and establishments.

Consequently, many children cannot be followed on a daily basis and / or must share with others accompanying them.

A critical situation which also prompted the AESH to go on strike on October 19. They denounced their working conditions : suffered part-time, precarious jobs, and very low wages (no more than 800 euros net per month on average).

“Sweden in the 60s knew how to deinstitutionalize to make inclusion from kindergarten, from primary school so that people grow up together. This is a turn that France has not been able to take”, analysis, bitter, François Marien.

More closely, the Italian example of an inclusive school also makes it possible to realize the delay taken by France in this area. As early as the 1970s, Italian governments enacted the right of children with disabilities to be educated in “classic” schools. Today, there are 176,000 “support teachers” in the country, ie 1.7 per disabled child, twice as many as in France.

Countless shortcomings and delays which leave François Marien very skeptical about the real desire of the French politician to change things. Teacher in the higher, more than on “new laws or quotas”, it counts on a more tolerant youth on these questions. “For them, to say that disabled citizens are not citizens like the others is a non-topic.”

A “new” word, carried strongly by people with disabilities themselves, has also been emerging for several years.

For Lény Marques, there is today a fed up with the feeling of having had its claims confiscated for too long. “With the deconjugalization of the AAH, we witnessed a movement, an awareness. It was time for people with disabilities to speak up for themselves. At final, jI find that positive because it structures our movement “. A politicized speech, far from paternalistic clichés, which could well be the founding act of the more inclusive society so dear to the executive.