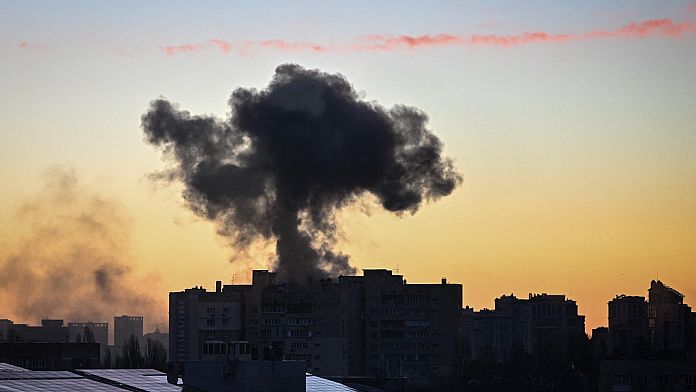 The International Court of Justice (ICJ) will deliver its verdict on Wednesday in a case launched by Kyiv, which asks the highest court of the UN to order Moscow to immediately stop its invasion of Ukraine. The ICJ will rule at a hearing from 4 p.m. in The Hague, where it sits, following an urgent request from Ukraine introduced a few days after the start of the Russian invasion on February 24.

Ukraine wants the ICJ, created in 1946 to settle disputes between states, to take emergency measures, known as conservatories, to order Russia to “immediately suspend military operations”.

Russia declined to appear at the ICJ hearings into the case on March 7-8. But in a written document, Moscow refuted the court’s jurisdiction over Ukraine’s claim.
Russia claims that it falls outside the scope of the 1948 Genocide Convention, on which Kyiv bases its case.

US President Joe Biden is to announce new aid of $800 million on Wednesday after a video speech by his Ukrainian counterpart Volodymyr Zelensky before the United States Congress. “In total, the president has authorized two billion dollars in security since the start of the administration“Biden,” a White House official said.

Washington has already supplied Ukraine over the past year with about 2,600 Javelin anti-tank weapons and more than 600 Stinger anti-aircraft missiles, he added.

Mr. Zelensky is due to speak at 1 p.m. GMT (2 p.m. Brussels time) before American parliamentarians, who regularly urge President Biden to toughen his tone against Russia.

The Ukrainian president should once again call for the establishment of a no-fly zone over his country, a measure supported by several elected members of Congress, but which the American president has so far rejected.

This Tuesday, Russian fire against several Ukrainian cities intensified, especially in Kyiv, which is experiencing a “dangerous moment”, according to its mayor Vitali Klitschko.

Long queues formed during the day in front of supermarkets, with locals stocking up.

The Ukrainian capital, which Russian forces are trying to encircle, has emptied at least half of its 3.5 million inhabitants since the start of the conflict on February 24.

At least four people were pulled dead and around 40 others rescued alive from an apartment building in a western Kyiv district of Svyatoshin after a Russian strike sparked a fire, local authorities say .

In Mariupol, another martyr city in southeastern Ukraine, the situation remains dramatic, but some 20,000 civilians were able to leave this port city on Tuesday in 4,000 cars, according to the Ukrainian presidency.

All described a grueling journey during which they were forced to drive off the road to avoid Russian troops and checkpoints, in constant fear of enemy fire.

Russia is expanding its offensive to the whole of Ukraine, now also targeting the West. After strikes on a military base near Poland on Sunday, a strike on Monday against a television tower near Rivne (northwest) left 19 dead, according to local authorities on Tuesday.

In this context of intense strikes, negotiations between Moscow and Kyiv, which began on Tuesday, should resume on Wednesday, in the hope of stopping the carnage.

The Ukrainian president brought some hope on Tuesday, judging that the positions were now “more realistic”.

However, he acknowledged, “still more time is needed for decisions to be in Ukraine’s interest.” He also made a gesture towards Moscow, saying he was ready to renounce any membership of his country in NATO, a casus belli for Russia.

Not enough to bend Russian President Vladimir Putin, however, according to a press release published after his meeting on Tuesday with the President of the European Council Charles Michel.

During this conversation, Mr. Putin “underlined that Kyiv does not show serious commitment to finding mutually acceptable solutions”, according to this press release.

Mediation efforts by Turkey, a member of NATO but which refused to join in the sanctions against Moscow, are also continuing. Turkish Foreign Minister Mevlüt Cavusoglu is in Moscow, where he will hold talks on Wednesday, then will travel to Ukraine on Thursday to seek a ceasefire, according to Ankara.

Westerners also want to reaffirm their unity and their commitment alongside Ukraine.

Kyiv received the visit of the Polish, Czech and Slovenian Prime Ministers on Tuesday. MM. Mateusz Morawiecki, Petr Fiala and Janez Jansa met the Ukrainian president to whom they pledged their support. “We will never leave you alone. We will be with you because we know you are fighting not only for your freedom, for your own home and for your safety, but also for us,” Morawiecki said on Twitter.

This is the first visit by foreign leaders to Kyiv since the Russian attack began on February 24.

At the same time, Warsaw called for the establishment of a NATO “peace mission”, “protected by the armed forces” to come to the aid of Ukraine. The subject could be discussed at an extraordinary NATO summit scheduled for March 24 in Brussels.

Joe Biden will go there to reaffirm the United States’ “ironclad commitment” to its allies, according to the White House.

And, for lack of being able to intervene militarily, the West continues to toughen its sanctions.

The European Union will deprive Russian oligarchs of luxury sedans, champagne and other high-end items, via a fourth package of sanctions that came into force on Tuesday. The UK followed suit, adding punitive vodka tariffs and additional asset freezes.

Russia is also seeking to advance a “humanitarian” draft resolution before the UN Security Council, which could be put to a vote on Thursday.

The Russian text, obtained by AFP, expresses the “deep concern” of the Security Council “at reports of civilian casualties, including children, in and around Ukraine”.

As it stands, it is unlikely to garner the necessary votes. This text which “does not call for an immediate end to hostilities” is “a joke”, reacted a Western diplomat on condition of anonymity.

Triple ballot in Serbia: Aleksandar Vucic remains at the top of the polls

Ukraine: Russia bets on a war of attrition