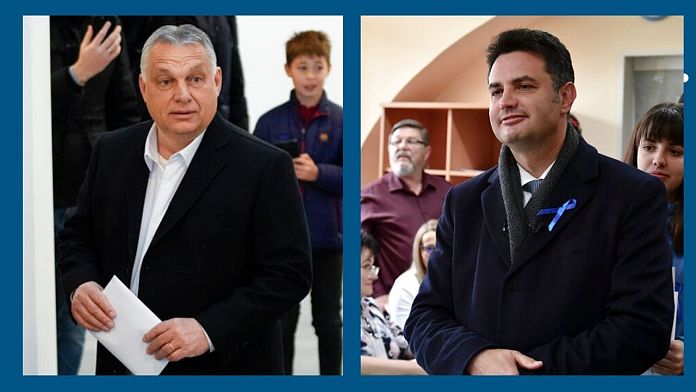 The Hungarians went to the polls this Sunday for legislative elections. According to the first projections, the Fidesz, party in power would have obtained the majority of the seats in Parliament. If this is confirmed, Viktor Orban would win a 4th consecutive mandate.

The sovereignist Victor Orban is he on the way to obtaining a fourth consecutive term as head of the Hungarian government? Early projections seem to indicate this.

His Fidesz party reportedly won 122 of the 199 seats in parliament. The opposition, which advanced united, would have won 77 seats. These projections come from a polling institute established on behalf of RTL Club.

Official results may not come until midnightaccording to the government.

Black jacket and determined face, Victor Orban58, voted with his wife Aniko Levai early in the morning at a school in the suburbs of Budapest, promising a “big win“.

At 58, he hopes to win a fourth consecutive term by brandishing the fear of war in this neighboring country of Ukraine. Accused by Brussels of multiple attacks on the rule of law, he muzzled justice and the media over 12 years, while advocating an ultra-conservative vision of society.

The leader of the opposition Peter Marki Zay“MZP”, Catholic and father of seven children, slipped his ballot into the ballot box with his family, after attending mass in his town of Hodmezovasarhely (south-east).

If he remains hopeful of winning, the 49-year-old conservative mayor denounced “unfair and impossible conditions“aimed at allowing its rival to”stay in power forever“. And to quote public media to the boot of the government – itself was entitled to only five minutes of air time on public television, all and for all.

Mr. Orban swept aside these accusations, while the ballot was held for the first time under the supervision of more than 200 international observers. Each camp also deployed thousands of volunteers.

The victory of the opposition seems acquired at Budapest, but the battle looks more complicated in rural areas. The key lies in 20 to 30 undecided constituencies, out of the 199 seats in Parliament.

The latest survey had the two sides neck and neck, while others give an advantage to the Fideszthe party of Viktor Orban.

But because of the electoral system, the opposition would have to “gain 3 to 4 points” to win a majority in Parliament, recalls the expert. “It is very difficult to predict the outcome of the election.”

The impact of the war in Ukraine

The conflict in neighboring Ukraine has completely changed the situation.

“War broke out, and war changed everything“, summed up Mr. Orban on Friday during his only campaign rally.

“peace against war“, the equation is simple in his eyes.

On the one hand, his government which refuses to deliver arms to Ukraine and to vote on sanctions which would deprive the Hungarians of precious Russian oil and gas. On the other, an opposition that would be belligerent.

If this speech has hit the mark in the countryside, the closeness cultivated since 2010 with “the aggressor”, Vladimir Putin, could turn against him, underlines Andras Pulai, of the Publicus polling institute close to the opposition.

By voting for the opposition, Maria Rapcsak, 75, precisely wants “end Orban’s corrupt pro-Putin politics“, presented on the placards of meetings as “a mini Poutine“.

In addition to the election of their deputies, the Hungarians are called upon to answer four questions in connection with the recent law prohibiting to evoke with less than 18 years “the change of sex and homosexuality”.

An “unhealthy” referendum for NGOs who asked voters to “invalidate” their ballots by ticking two boxes instead of one. This is what Regina, 25, did, very upset against this initiative making LGBT + “an enemy”.

Disguised as a meal delivery girl, a Pussy Riot manages to leave Russia