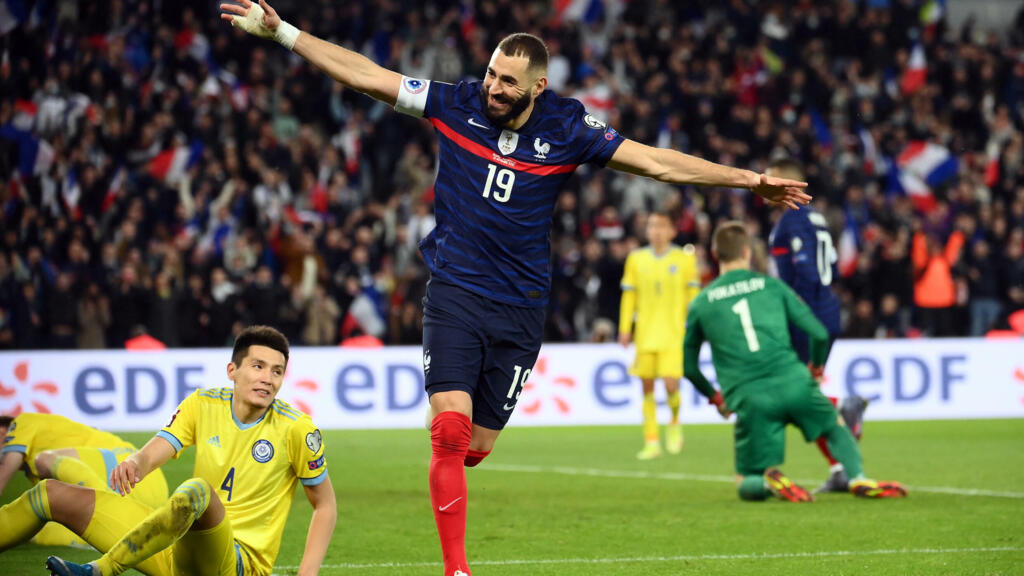 Despite his conviction on Wednesday in the so-called “Valbuena sextape” affair, French striker Karim Benzema is unlikely to see his status in the France team compromised. It has established itself in recent years as an essential element of the French system.

“Move along, nothing to see !” This is the message sent in substance by the French football authorities, after the conviction of Karim Benzema, Wednesday, November 24, in “the case of the sextape”. The latter should not compromise the international future of the French striker, who became centerpiece of the Blues version 2021

The star striker of Real Madrid was found guilty of complicity in the blackmail attempt against his former team-mate Mathieu Valbuena and sentenced to a one-year suspended prison sentence and a € 75,000 fine. But this judgment, which his lawyers have announced to appeal, will not lead to any sports exclusion.

“He has the right to work”

“This sanction does not change anything for me. It is selectable”, cut short Noël Le Graët, the president of the French Football Federation, with the sports daily L’Équipe. “He has the right to work. We can make a mistake, be given a suspended sentence and return to work.”

And the Breton leader to add: “Insofar as Didier (Deschamps) wants to select him, the Federation will have no opposition. There is no obstacle to his continuing to play in the France team”.

Anxious not to “anticipate the decision” of the court, the coach of the reigning world champions had however indicated, in early October, that only “sporting choices” served as a compass. Difficult therefore to imagine depriving himself of the prolific striker, in the running for the prestigious Ballon d’Or awarded next Monday.

Because on the ground, Benzema transformed his surprise return to the Blues into a real success, despite a failed Euro last summer on a collective level. Humble and hardworking, discreet and efficient, the almost 34-year-old center-forward (he will have them on December 19) is in tune with the selection.

Above all, he put into practice what is his hallmark in Madrid: stacking goals. He scored nine in 13 international meetings, including five of the last four, greatly helping the France team to win the League of Nations in October, then to qualify the following month for the World Cup-2022.

“We all agree that his return was marked by his performances and his statistics. What he achieves is remarkable. He wants to continue his adventure in Blue, a World Cup it ‘ is a special moment “, pointed out its captain Hugo Lloris at the last meeting.

Not selected in 2010, the top French scorer of the 2014 edition in Brazil (three goals) wants to play a second World Cup, in Qatar from November 21 to December 18, 2022, with the jersey of the reigning world champions on the back .

From the top of his 94 selections (36 goals), the striker born in Lyon could even by then enter the closed circle of “centenarians” under the tricolor jersey, like Didier Deschamps or Zinédine Zidane, marking a little more history of a selection with which he maintains a thwarted relationship.

“The sextape affair” indeed kept him away from the Blues for more than five and a half years, with the trigger for his indictment for “complicity in attempted blackmail” against Mathieu Valbuena and “participation in an association of criminals “.

“Karim Benzema is no longer selectable until the situation changes, until there is something new in this case,” Le Graët announced in December 2015. Four months later, the former de OL was deprived of Euro-2016 by the FFF in the name of “exemplarity” and “the preservation of the group”.

The attacker had, of course, dug the ditch by asserting that Deschamps had “yielded to a racist part of France”. But the coach, always careful in his communication, had never expressed a final opinion.

Le Graët’s speeches, on the other hand, were able to maintain a certain vagueness.

“Benzema is selectable, he is not suspended. If Didier (Deschamps) wants to take it, when he wants, he can”, he insisted in February 2017, regretting a justice “a little slow in this file”. But in November 2019, the door was closed: “The adventure in blue is over”.

against Bayern Munich, Barca discovers the hard life without Messi