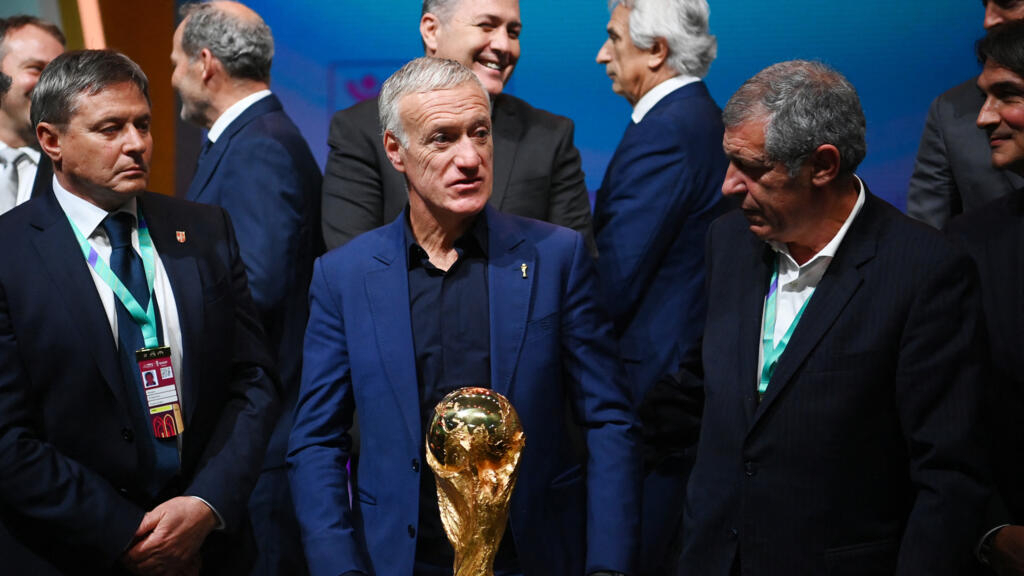 Reigning world champion, France was entitled to a favorable draw on Friday. Les Bleus will face Denmark and Tunisia as well as a yet-to-be-determined opponent from Australia, Peru and the United Arab Emirates.

Inevitably, we risk hearing again about the legendary luck of Didier Deschamps since taking office in the France team. In effect, the draw for the Mondial-2022, Friday April 1, in Dohawas rather lenient for the band to Kylian Mbappé with two opponentss within their reach (Denmark and Tunisia) and a last yet to be determined among the play-offs (Peru or the winner of the match between Australia and the United Arab Emirates). Workforce review.

The Blues group at the is complete! We will face Denmark 🇩🇰, Tunisia 🇹🇳 and the winner of the play-off between Peru 🇵🇪 / Australia 🇦🇺 and United Arab Emirates 🇦🇪#ProudToBeBlues pic.twitter.com/xO7CwoB518

We take the same and start again. As in 1998, 2002 and 2018, France inherited Denmark in its World Cup-2022 group. A draw that Danish coach Kasper Hjulmand described as “difficult”.

“France are one of the big favourites, with so much talent, and they are the defending champions. So they are clearly one of the toughest opponents. We are preparing for the teams we are going to face. But I advise you to also prepare because we have a very good team and we will be ready to fight,” he explained.

The Danes come out of an excellent Euro where they went further than the Blues, reaching the semi-finals to be beaten by England, despite the loss of their playmaker Christian Eriksen due to heart failure.

Didier Deschamps’ men will meet Denmark twice before Qatar: on June 3 at the Stade de France then on September 25 away, in the League of Nations.

Recent quarter-finalist at the CAN, Tunisia did not shine to arrive in Qatar. His qualification during the African jump-off against Mali (0-1, 0-0) was obtained almost by chance. France have only met the Carthage Eagles four times (two wins, two draws), and never in official competition. During the last friendly, the team managed by Raymond Domenech had not done better than 1-1 in Radès, on May 30, 2010. Hugo Lloris, the current captain of the Blues, is the only survivor among the players who played this preparation match for the 2010 World Cup.

Tunisia will participate in its sixth World Cup, after 1978, 1998, 2002, 2006 and 2018, so many adventures ended in the first round. The number 10 of Saint-Étienne, Wahbi Khazri, remains the leader of this Tunisian generation, already present in Russia in 2018. On RMChe was jubilant about this draw: “I’m super happy. They are the favourites. We are far from it. But playing in the French championship, having grown up here, it’s the dream of many players from to face them in the World Cup. It’s a dream that will come true,” he said.

With a new coach, Jalal Qaderi, the Eagles of Carthage present more a solid collective than a brilliant team, Khazri bringing the spark of genius. With him, Tunisia relies on attackers approaching their thirties, Youssef Msakni (31), Seifedine Jaziri (29) or Naïm Sliti (29), and a few other old Ligue 1 acquaintances like Dylan Bronn (ex- Metz) in defense or Ellyes Skhiri (ex-Montpellier) in the middle.

France does not yet know the name of its last opponent who will also be the first it will face. Third in Asian group A, the United Arab Emirates hope to play their first World Cup by winning their duel against Australia, third in group B and recently exfiltrated from the Oceanian qualifications. They will then have to find the solution against Peru.

Peru, which France has already faced and beaten at the 2018 World Cup (1-0) finished fifth in qualifying for the South America zone, beating out Chile, Colombia and Venezuela. To be at the Qatari rendezvous, the Peruvians will have to beat the winner of the Asian repechage on June 7.