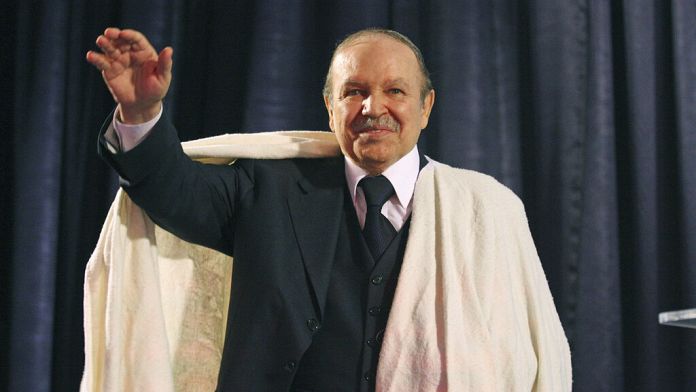 The death of former Algerian President Adbelaziz Bouteflika, ousted from power in April 2019 by protests by the pro-democracy Hirak movement, prompted few comments in Algiers on Saturday, both in the media and on the streets, apart from a certain palpable rancor.

Mr. Bouteflika, who remained 20 years at the head of Algeria (1999-2019), a record of longevity in this country, died Friday at the age of 84, two and a half years after his spectacular departure from power.

Omnipresent for decades but almost invisible since a stroke in 2013, Mr. Bouteflika had shown no signs of life since the streets and the army forced him to resign on April 2, 2019.

The authorities, silent until late Saturday morning, announced that the flags would be lowered to half mast “for three days” starting Saturday. This was decided by President Abdelmajid Tebboune, after “the death of former President Mujahid (independence fighter, editor’s note) Abdelaziz Bouteflika”, according to a statement from the Presidency.

In the night, the presidency had content itself with a terse communiqué announcing the death of Mr Bouteflika, born on 2 March 1937, “at his place of residence”.

On Saturday morning, radios and televisions always stuck to a brief, without devoting a special program to him. The radios broadcast music and entertainment like a normal weekend.

Information was also absent from almost all print editions of the newspapers, the news having been announced after their closure.

But some, like the government daily El Mujahid, reported this in a blurb in their electronic edition.

The date and place of his burial have not yet been officially announced. But according to the site in Arabic Sabqpress, generally well informed, Mr. Bouteflika will be buried Sunday in the martyrs square of the cemetery of El-Alia, in the east of Algiers.

This is where all his predecessors rest, alongside the great figures and martyrs of the War of Independence (1954-1962).

On the streets, Algerians were not indifferent to the death of the ousted president, greeted by a flood of acrimonious comments.

“Peace to his soul. But he deserves no tribute because he has done absolutely nothing for the country”Rabah, a fruit and vegetable merchant in El Achour, on the heights of the capital.

For Malek, a telecommunications employee, Mr. Bouteflika “has been unable to reform the country despite its long reign” at the head of Algeria.

“He has been given a golden life, including since he was ousted from power. But it is clear that his legacy is not the most brilliant”, abounds Mohamed, a 46-year-old carpenter.

On the contrary, others believe that “the country improved when he became president”, in allusion to the reconciliation process after the black decade, tells AFP TV Amer, diver in a restaurant.

“He was received in any country in the world”, added this man of 46 years, in reference to his past as former head of diplomacy of Ahmed Ben Bella and Houari Boumédienne.

Mustapha, a 19-year-old high school student in the Biskra district, who only knew him as president, believes that he “brought positive”.

Since his spectacular fall in April 2019 under pressure from the army and the street, the one Algerians colloquially called “Boutef” had locked himself in the solitude of his medical residence in Zeralda, where he continued to enjoy all privileges, according to media reports.

According to the news website, Bouteflika died in Zeralda, surrounded by his sister Zhor, brother Nacer and other family members. Another of his brothers, Said, jailed on corruption charges, asked to attend the funeral, according to the site Sabqpress.