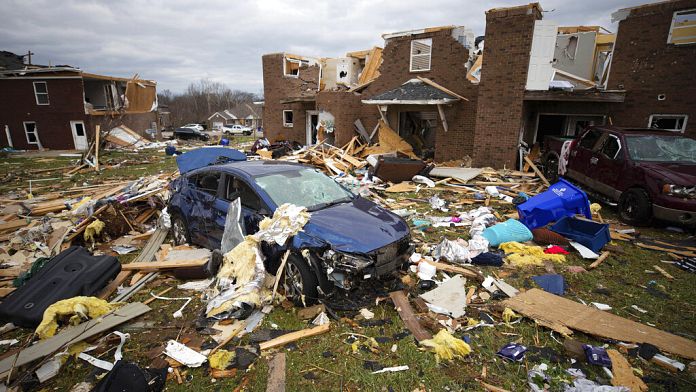 Entire neighborhoods turned into match fields … The US state of Kentucky is in shock after being swept away overnight from Friday to Saturday by a series of powerful tornadoes.

Over 100 feared dead in Kentucky

The human toll is considerable: it could exceed 100 dead, while the search for survivors continues under the rubble of houses in ruins.

In Mayfield, a small town of 10,000 inhabitants, now disfigured, dozens of employees of a candle factory may have perished in the collapse of the roof.

The buildings in the city center did not withstand the force of the winds. “It’s like a bomb has gone off”, described a witness.

One of these tornadoes traveled nearly 400 kilometers. Never seen.

Other US states have been hit, such as Illinois where at least six people have died in a warehouse collapse at e-commerce giant Amazon.

Investigation into the assault on the Capitol: the former chief of staff of Donald Trump about to be indicted