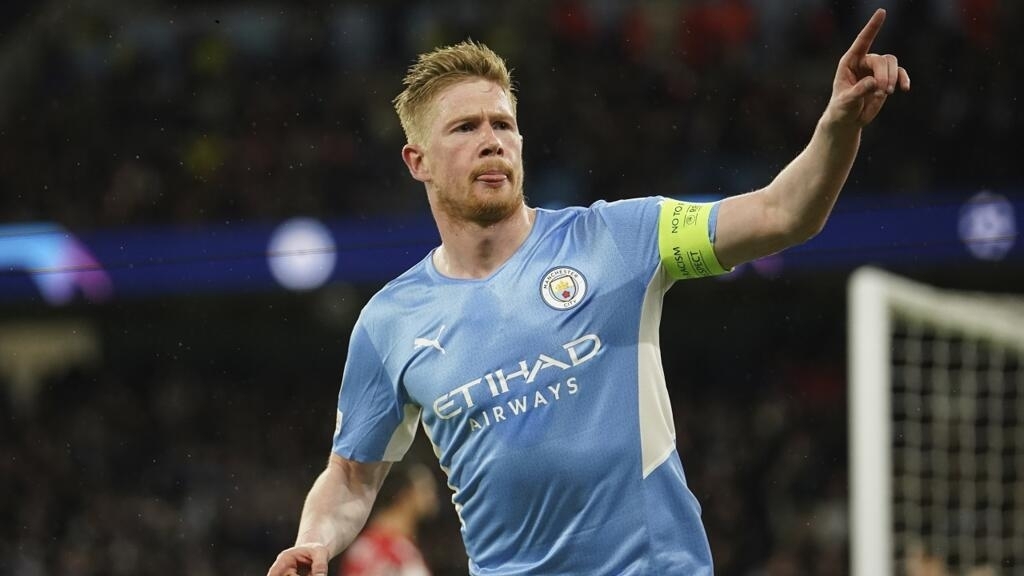 In front of his home crowd, Pep Guardiola’s Manchester City found the key to Atlético de Madrid’s safe on Tuesday in the Champions League quarter-final first leg, thanks to Kevin De Bruyne 20 minutes from the end (1 -0). To hope to reach the last four, the Madrid Colchoneros will have to reverse the trend in the return match at home. In the other match of the evening, Liverpool won at Benfica (3-1).

Pep Guardiola’s attacking football versus Diego Simeone’s almost boring but effective defensive football: the first leg of the Champions League quarter-final between Manchester City and Atlético de Madrid was portrayed, before kick-off, as a opposition between two radically different styles. This impression was the right one. On the lawn of Manchester, the visitors deployed, for a long part of the match, their art of padlocked play so difficult to destabilize.

The show suffered during the first 45 minutes. With Kevin De Bruyne, Riyad Mahrez, Raheem Sterling or even Bernardo Silva, Manchester City monopolized the ball, as usual, without managing to unbalance a compact and withdrawn Atlético in their last 30 meters. The Colchoneros figures speak for themselves: 30% ball possession, no shots, no chances, no corner obtained, only one offside, only 147 passes (against more than 400 on the City side)…

After this tactically interesting but disappointing first act, the two teams returned to the field for the second half with better intentions on the Madrid side. And there, the show appealed more to spectators and viewers.

Atlético allowed themselves a few flights in the counter-attack with Marcos Llorente (46th) and Antoine Griezmann (48th), without much danger. Not enough in any case to thwart Manchester City, still dominating. Jan Oblak worked to take out a direct free kick from Kevin De Bruyne (55th) in two stages. The key moment of this second period came in the 68th minute, when Guardiola made a triple change in his eleven: exit Raheem Sterling, Ilkay Gundogan and Riyad Mahrez, replaced respectively by Gabriel Jesus, Jack Grealish and Phil Foden.

The latter only needed a few moments to prove to his coach that he was not mistaken in trusting him. With a small, perfectly measured pass, the young Foden launched Kevin De Bruyne into the back of the Matelassiers defense. And the Belgian, with a powerful strike, finally deceived the giant Oblak and scored, at the same time, his first goal of the season in the Champions League (70th).

Carried by his scorer and decisive passer, technically superior to their opponents, Manchester City kept control of this quarter-final despite Atlético’s attempts at revolt. Upon arrival, the Skyblues won on the smallest of scores, logically. A result that will have to be confirmed in the return match, on April 13 at the Wanda-Metropolitano.

Lyon qualify for the final by eliminating Paris