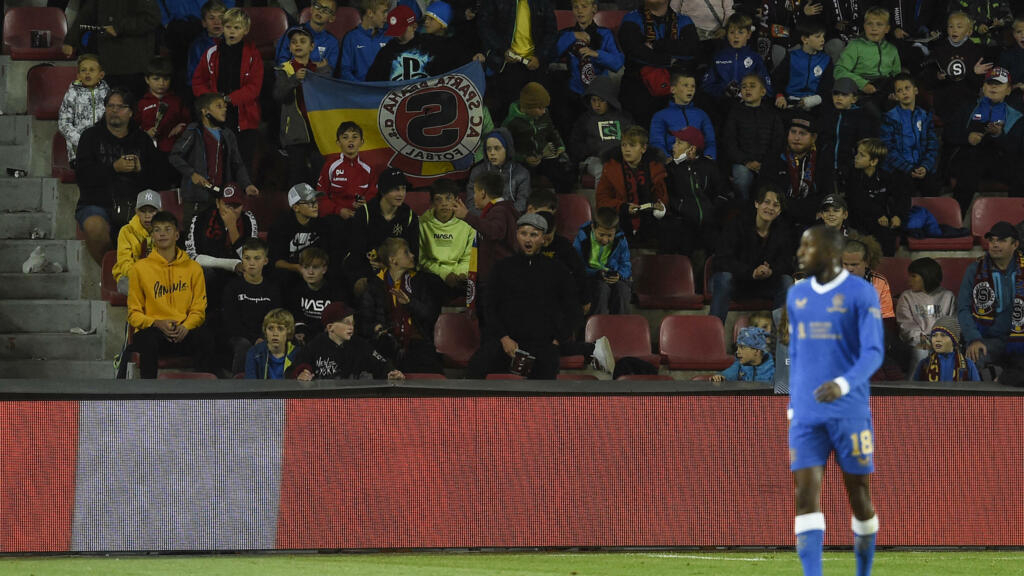 For the third matchday of the Europa League, Olympique Lyonnais travels to the Czech Republic on Thursday to face Sparta Prague, a club that is constantly being pointed at due to racist incidents. The local sports bodies are showing immobilism on the subject.

Racism is far from eradicated from stadiums. In that of Sparta Prague, opponent Thursday 21 October of Olympique Lyonnais in the Europa League, he is still very present. The club in the capital of the Czech Republic is constantly being singled out for racism by its fans, a evil that gangrene Czech football for a long time.

Sparta were then ordered by UEFA to play their next Europa League match, against Glasgow Rangers, behind closed doors.

Ondrej Kasik, Sparta spokesman, told AFP that the club had “taken certain punitive measures aimed at identified persons (…) including a criminal complaint” after the match against Monaco.

If the club also sent a letter of apology to Aurélien Tchouameni, it did not do enough to end racism in the stands. A month later, Sparta fans chanted racist chants aimed at black players from local club Viktoria Plzen, prompting the Czech federation to fine the club.

And at the end of September, for the reception of Glasgow Rangers in C3, the club obtained a waiver from UEFA allowing it to open its stands only to children… who, during the match, did not stop booing the black player Glen Kamara.

For some fans, the boos came only from the fact that the Finnish international had prevented Czech defender Ondrej Kudela from being able to play in the Euros. The player was given a ten-match suspension by UEFA last spring, after an altercation in March during a European match with Kamara… who accused him of having made racist remarks towards him. Kamara, accused in return of hitting Kudela, received a three-match suspension.

“When Kamara enters a Czech field, he must expect hostility. It was a glaring injustice,” wrote one supporter in comment to an online article.

For the Rangers, the racist motivation of the whistles is beyond doubt. Aamer Anwar, Glen Kamara’s lawyer, claimed that all his black teammates had also been whistled during the match. The club asked UEFA to intervene, which waived it last week due to lack of evidence. And Kudela was recalled to the national team as soon as his suspension ended, with the coach praising his “calm and constructive style”.

Even if they are less frequent than ten years ago, these repeated racist incidents embarrass the authorities.

🗣💬 “I go near the corner post, and I hear monkey cries against me”

You have just heard Jean-David Beauguel, Plzen striker, testifying about the racist insults he suffered in the Czech Republic. Discover his testimony in full on #Rmclive 👇 pic.twitter.com/OFnMY9U87F

“AGAIN AND AGAIN AND AGAIN!! Nothing has changed… euuuh no pardon, the federation does not change anything”, had written on Twitter Viktoria Plzen striker Jean-David Beauguel in July, after the first game of the season… during which Sparta fans had shouted monkey against Olomouc’s French defender Florent Poulolo.

For Ludek Madl, a Czech journalist interviewed by AFP, the authorities are dragging their feet. “Whenever there is a visible problem of racism, everyone goes there with their formal condemnation, there are some fines, although not really dissuasive. But I do not believe they are looking for a long-term solution.”

“People only see Africans as Black, and a considerable part of the people in our country do not see the problem in that,” Madl adds.

Almost one in two Czechs see migrants as a source of insecurity, according to a 2020 survey by the Czech Academy of Sciences.

The racist and xenophobic comments of certain political figures, including President Milos Zeman, especially since the 2015 migration wave, maintain a hostile climate. The presidency had thus officially challenged Kudela’s suspension before UEFA.

And when a member of the Scottish federation criticized the Czech fans, the Czech foreign minister summoned the British ambassador to complain about it.

“Many Czech fans think that the West is doing too much with racism, while we would have a more balanced view. And we are wrong,” says Ludek Madl.

Basketball – NBA: Carmelo Anthony truths about his integration with the Lakers!

Egan Bernal, winner of the Tour de France 2019, operated after a serious accident