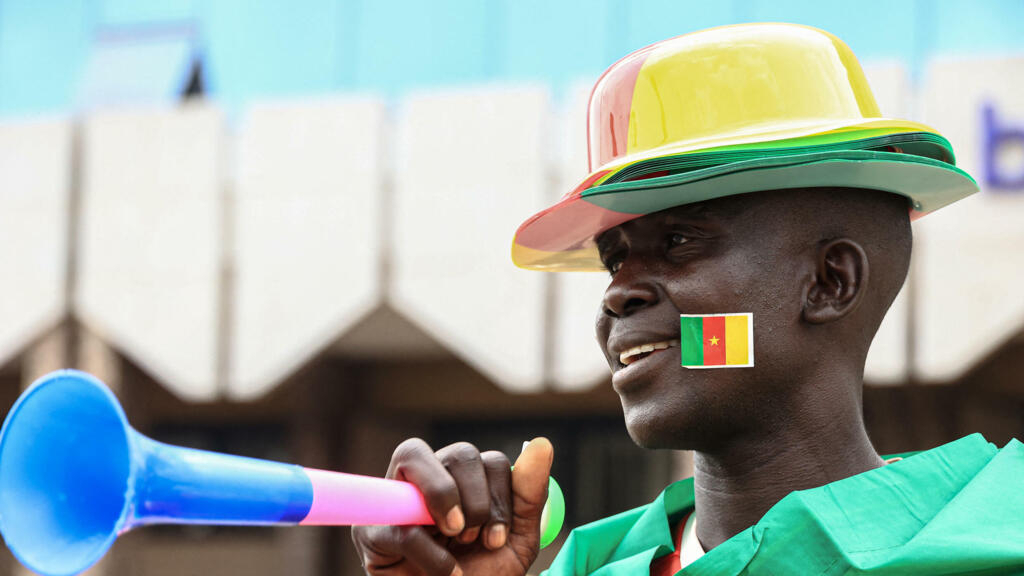 Between the Covid-19 pandemic and the tense security context, there are no shortage of challenges to be met for Cameroon, the host country of this new African Cup of Nations football which begins on January 9. On the political side, if the event allowed Paul Biya to restore his image, the opposition is already asking him to account for the cost of the organization of this competition.

The African Cup of Nations (CAN) opens on Sunday January 9 in Cameroon, after a postponement to 2021 due to Covid. But the challenges remain multiple for this vast country of Central Africa populated by 27 million inhabitants and ruled with an iron fist for 39 years by the same man.

The evolution of the Covid-19 pandemic and its variant Omicron, in a country whose inhabitants protect themselves and are vaccinated very little, is “a huge challenge”, said on December 21 Patrice Motsepe, the president of the African Football Confederation (CAF), when the insistent rumor predicted a new postponement or cancellation.

In this context, the draconian rules established by his institution risk dissuading supporters from coming to the stadium en masse. A complete cycle of vaccination and a negative PCR test of less than 72 hours must be combined. A filling gauge at 60 % will also be introduced, rise to 80% when the Indomitable Lions of Cameroon play. However, Mr. Motsepe has already admitted to being aware of the proliferation of “false tests”.

Cameroon has recorded nearly 110,000 contaminations and 1,840 deaths since the start of the pandemic. According to the latest figures from the Minister of Health, around 6% of the population over the age of 18 is vaccinated.

From English-speaking armed separatists, the jihadists of Boko Haram and the Islamic State (IS) organization are carrying out deadly attacks in the west and the far north, respectively. Experts fear that they will take advantage of the organization of a high-profile competition to commit it in large cities.

For four years, the regions – inhabited mainly by the English-speaking minority – of the South-West and the North-West have been in the grip of a bloody conflict between armed groups demanding independence and the security forces, both sides committing crimes. and atrocities, accuse the NGOs and the UN.

Some armed groups have promised to disrupt the competition and sent threat letters to teams that will play in Limbé and train in Buea, in the southwest.

The successive delays in the construction of stadiums and the cost of infrastructure are regularly controversial.

Chosen in 2014 to host CAN-2019, Cameroon was replaced by Egypt because it was not ready. Two years later, another postponement of the 2021 edition, this time officially because of the Covid-19 epidemic but when major infrastructures were not completed.

For example, the delays in the completion of the Olembé sports complex in Yaoundé. The largest stadium in this CAN will finally host the opening match on Sunday, after many doubts while its surroundings have not yet been completed.

President Paul Biya, 88, authoritatively rules his country for almost four decades. However, he ostensibly made the organization of the CAN a priority to restore its image, considerably tarnished on the international scene since yet another highly contested presidential victory in 2018 and a fierce repression of any opposition since.

At the end of December, dozens of activists from the main opposition party received sentences of up to seven years in prison for “peaceful marches” against the regime.

In Yaoundé, the portrait of Paul Biya often accompanies CAN advertising posters. “He has always used football as a political instrument to bring Cameroonians together and surf on their successes,” recalls Jean-Bruno Tagne, author of the “Tragedy of the Indomitable Lions”.

However, part of the opposition and civil society have denounced the “indecency” of the cost of organizing the CAN in a country where the poverty rate is nearly 40% and a third of the inhabitants live with it. equivalent of less than two euros per day, according to the World Bank.

“If Cameroon wins, Cameroonians can forget everything. But if it goes wrong, it will take scapegoats and heads will surely fall,” said political scientist Stéphane Akoa.