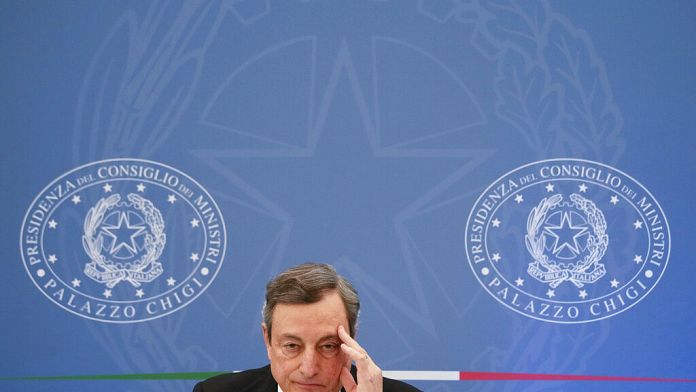 Faced with the spread of Omicron, several European countries have decided to tighten (further) their health measures.

The Italian Prime Minister Mario draghi put the pressure back on unvaccinated people on Monday, believing them to be the cause of “most problems” of the country, plagued by a strong spread of the Omicron variant.

According to new measures that came into force on Monday, people not vaccinated against Covid-19 can no longer go to restaurants, movies, swimming pools or sports clubs or take public transport, while schools have reopened.

Only people recently recovered from Covid-19 are exempt from this obligation, which represents a further strengthening of the restrictions imposed on the unvaccinated in the face of the increase in infections, including in children.

“Most of the problems we know today are due to the fact that there are unvaccinated people” Who “are much more likely to develop severe forms of the disease” and “put the hospitals under pressure”Mario Draghi said at a press conference Monday evening, as the country recorded more than 100,000 new infections in 24 hours.

Italy also announced last week the vaccination obligation for people over the age of 50 from February 15.

Faced with a rebound in Covid-19 cases, Sweden will introduce new measures to fight the virus, including a limited number of people for public and private gatherings, the government announced on Monday.

As of Wednesday, bars and restaurants will have to close at 11:00 p.m. and indoor public gatherings will be limited to 500 people – with a mandatory vaccination pass for all gatherings of more than 50 people.

For now, the vaccination pass is only required for indoor events bringing together more than 500 people.

In addition, private events will be capped at 20 people indoors.

“Right now we are facing record levels of transmission”, said the Prime Minister Magdalena Andersson, during a press conference.

The country, which has 10.3 million inhabitants, has recorded Wednesday a record number of nearly 24,000 cases of Covid-19 contamination in 24 hourss, greatly exceeding the previous record of 11,376 cases set in December 2020, according to figures from the Public Health Agency, which show that Omicron is now the dominant variant in Sweden.

If, for the director of the National Board of Health and Welfare, Olivia Wigzell – health care is already “very tense” in the kingdom – the delay between the increased spread of the virus and the need for care meant the situation was sure to get worse.

It is now recommended that adults limit their social interactions and make more use of telework.

The measures announced Monday could be necessary until mid-February according to health authorities, but will be reassessed every two weeks.

Sweden distinguished itself in the coronavirus crisis by the lack of containment and a strategy based on recommendations rather than coercive measures, with very limited use of protective masks in public spaces.

The total death toll since the start of the pandemic has reached, according to the latest figures, 15,300 dead in the country, a number which is in the European average – but significantly higher than that of its Norwegian, Finnish and Danish neighbors.