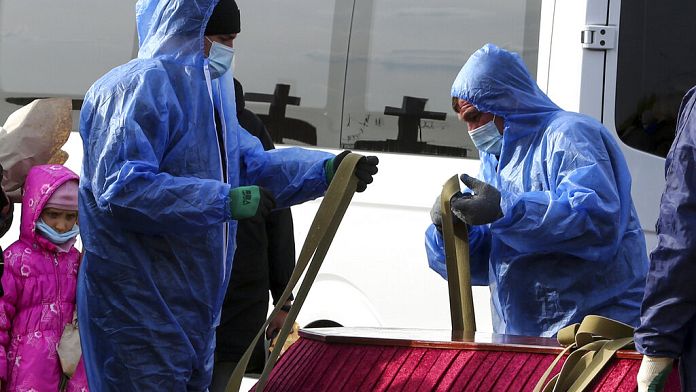 Russia on Saturday recorded a new record for daily deaths from Covid-19, an epidemic wave carried by the Delta variant since the summer against the backdrop of a very laborious vaccination campaign.

In the last 24 hours, 968 deaths caused by the coronavirus have been recorded, according to the government’s toll. In recent days, the country has already broken its record for daily deaths several times.

The government count officially reaches 215,453 deaths, making Russia the most bereaved country in Europe and the fourth most bereaved country in the world. But the real toll is much heavier. The statistics institute Rosstat, which has a broader definition of deaths due to Covid-19, reported on Friday more than 400,000 deaths at the end of August.

New contaminations also continue to climb. On Saturday, they reached 29,362 cases, including 6,001 in Moscow, by far the worst outbreak in the country. However, no health restrictions or containment measures have been announced, as the authorities have always shown their will to preserve the economy.

Since mid-June, Russia has been hit hard by the Delta variant of the virus, which is more contagious. The epidemic is reinforced by a laborious vaccination campaign, the refusal of the authorities to introduce stricter health measures, and the lack of respect for the wearing of masks among the population.

According to the figures of the specialized site Gogov, only 30.7% of Russians are currently fully vaccinated, while there are several domestic vaccines.