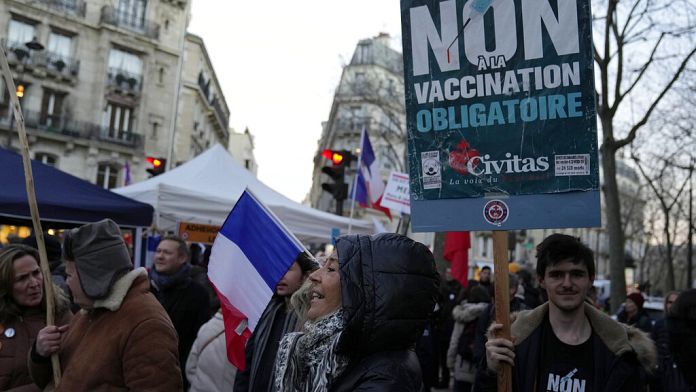 As the Covid-19 epidemic gallops in France, the pressure is growing ever more on critical care services where the large majority of patients are unvaccinated.

The exasperation of caregivers

In this hospital in Salon de Provence, the resuscitation beds are saturated, currently preventing the management of other serious pathologies.

The caregivers do not hide their exasperation at these patients who refuse the vaccine:

“When it comes to caring for cancer patients, it’s a shame to lower their chances because we don’t have places in shifts, emphasizes Aurélie, a nurse. We are not the good god to choose who we put in sheaves and who we do not put in sheaves, we treat everyone, but it is true that it is exhausting. Now it really takes up too much space in our life.“

“Some people refuse the vaccine and it’s a shame because these are the people who find themselves with us today”, adds Brice, a nurse.

President Macron wants to “piss off” the unvaccinated

In the National Assembly, the debates were particularly tense on Wednesday after the remarks in Le Parisien by Emmanuel Macron on the unvaccinated that the French president says he has “I really want to piss off (…) until the end.”

Comments, considered scandalous by the opposition, but assumed by the government which intends to have the vaccination pass adopted as quickly as possible.

“Yes, the citizens of the Republic must exercise their responsibilities and be responsible. To be free does not mean infecting others with impunity. It does not mean overloading our healthcare services which are already under severe strain”, declared Prime Minister Jean Castex before the National Assembly.

This political pressure on the unvaccinated seems to have its effects, welcomes the Minister of Health who reported Wednesday of 66,000 primary vaccinations, a figure that had not been reached since October 1. More than 5 million French people have still not received any vaccine dose.