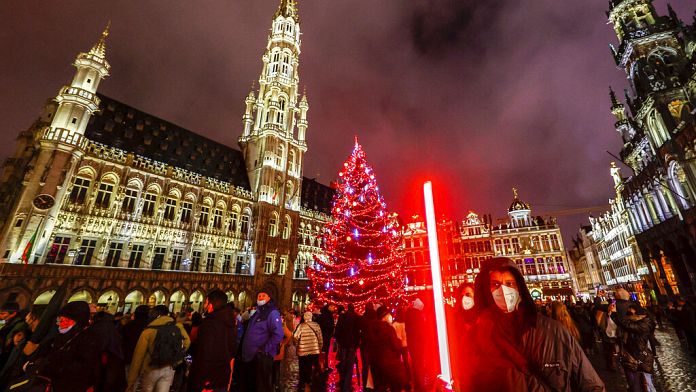 Health restrictions are back in several European countries to counter the epidemic outbreak. The point in Belgium, the Netherlands, Spain and Portugal.

Belgium has announced new measures to stem an outbreak of Covid-19 contamination. Among these, the ban on private indoor receptions, except weddings and funerals; the closing of bars and restaurants from 11:00 p.m. with the obligation for customers to be seated and no more than six per table. Nightclubs, on the other hand, are coming to a halt, as Prime Minister Alexander De Croo confirmed:

“The nightclubs and dance halls will unfortunately have to close their doors again and I totally think that is a harsh message. A harsh message after the solution we thought we had found last week, we know it is. a very negative message but today we really want to avoid too many people being too close to each other. “

The measures have also been stepped up in the Netherlands where, as in Belgium, nearly 20,000 new contaminations are recorded every day, which creates strong pressure on hospitals. Bars, restaurants and other non-essential businesses will have to close their doors at 5 p.m. starting Sunday. Measures strongly denounced by part of the population.

The epidemic situation is less degraded in Spain, but the authorities are still tightening the screw not to be overwhelmed by a wave of contamination. The use of the health pass, so far limited, is becoming widespread and becoming compulsory in many regions to enter bars, restaurants, sports halls or retirement homes. Catalonia had to delay this measure because of IT problems due to the high demand for passes on the Internet.

Portugal: back to reality

Finally Portugal, which had removed most of the restrictions at the end of the summer after reaching its vaccination goals, will reintroduce certain measures from Wednesday following an increase in Covid-19 cases. In Lisbon, some anticipate a return to teleworking in particular and fear the consequences for the local economy.