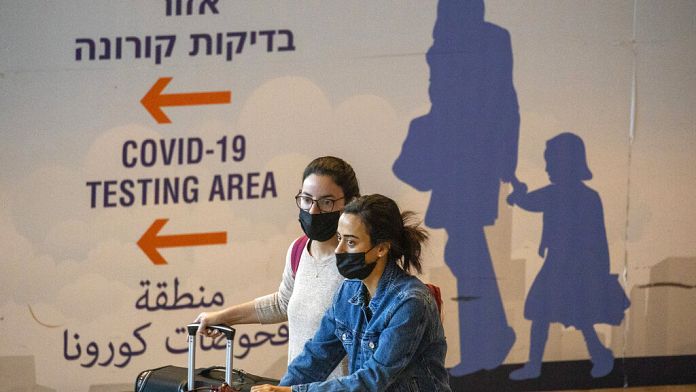 A radical measure in the face of the new variant of the coronavirus. Israel, where a case of Omicron has been confirmed, will ban from this Sunday evening the entry of foreigners into its territory (the country had just reopened its borders at the beginning of the month).

The measure was taken as the celebrations for the Jewish holiday of Chanukah begin. (A case of the variant called Omicron has been confirmed in the Hebrew state in a traveler returning from Malawi. Israelis returning home will have to undergo a PCR test and three days of quarantine, seven days for non- vaccinated.

“I arrived today from a two day stay in Istanbul. I had planned to stay three days, but due to new measures by the Israeli government, I cut my vacation short and returned earlier“, testifies this Israeli.

“I am not too worried about the situation. I am vaccinated, and I have already had the Covid, so I think everything is going to be fine“said this other traveler.

13 cases detected in the Netherlands

After the detection of two cases, the United Kingdom decided to toughen entry measures into the country by requiring a PCR test on arrival. In addition, wearing a mask will become compulsory again in transport and shops.

“As soon as we learned of the existence of the omicron variant and of a potential threat, we did not hesitate to take action. We took quick action and I think proportionate, because the strategy is to buy time, to give our scientists time to assess this variant, because there are still a lot of uncertainties.“said Sajid Javid, the British Minister for Health.

The list of countries where the variant has been detected continues to grow. In the Netherlands, 61 travelers disembarked from South Africa and tested positive for Covid have been placed in quarantine near Amsterdam airport. In the end, 13 of them were declared carriers of the omicron variant.