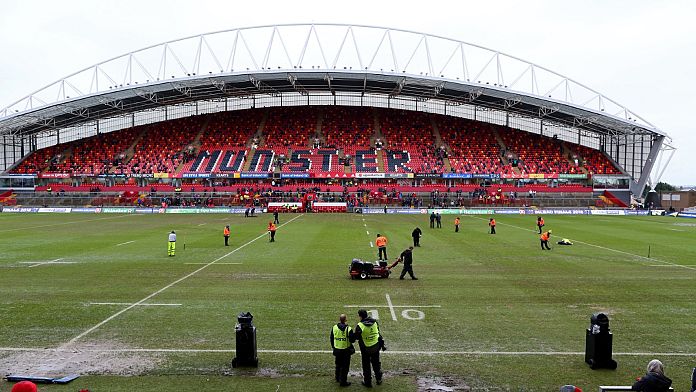 The vicissitudes experienced by rugby players from Munster and Cardiff, stranded in South Africa due to restrictions linked to the emergence in this country of the new Omicron variant, are no more than a bad memory. Well, not for all … Indeed, if most of the staff of these two teams have already left the southern hemisphere, or will soon do so, to return to Europe, some members of these two teams had to stay put. because they tested positive for Covid-19.

What were these teams doing in South Africa?

The Irish from Munster and the Welsh from Cardiff are two teams involved in theUnited Rugby Championship (URC), a championship which has the particularity of being transnational. Originally and until 2011, this competition then called “Celtic League” only concerned the Celtic “countries” of the United Kingdom, namely Wales, Scotland and Ireland. It then opened up to Italian teams (2012, renamed Pro12 championship, and South African, 2017, Pro14).

Munster and Cardiff, as well as another Welsh team, the Scarlets and the Italian club Zebre, made the trip to South Africa around November 20 to participate in matches against the local formations of the Bulls, Lions, Stormers and Sharks. And the “bad luck“, an unpredictable element has entered history … the Omicron variant and its contagion capacity.

Faced with this situation, the RCU had indicated in a statement posted on its social networks that “_the safety and well-being of players, coaches, support staff and officials of our participating clubs is the top priority and the RCU is currently working with the four visiting clubs _ – _ Cardiff Rugby, Munster Rugby, Scarlets and Zebre Parma _ – _ to facilitate their return as soon as possible “.

But there you have it … Positive cases were quickly detected in the Munster and Cardiff teams. Players and management have been quarantined in hotels. At the same time, many countries, including the United Kingdom, closed their doors, a little in panic, to travelers from South Africa to protect themselves against this new mutation of the coronavirus. For several days, the members of these two groups in isolation lived in limbo, not knowing when to return home. The Cardiff club had even highlighted the risks that this situation posed to the mental health of its delegation.

Back to Europe … but not for everyone

After being at the wrong time in the wrong place, Munster said the ordeal ended for most of its players on Tuesday. But the Irish club added, however, that 14 members of their delegation had to remain in quarantine in Cape Town.

“The wider Munster squad left Cape Town this evening after a group of 34 players and staff tested negative after the fourth round of PCR tests in six days“Munster said in a statement.

“Four more positive cases were identified during the round of PCR tests on Tuesday and a total group of 14 people will spend their respective isolation periods at the designated quarantine hotel in Cape Town.“, specifies the text.

On the Cardiff side, only two positive people will have to stay put, while the rest of the team will leave South Africa on Thursday.

The Welsh club added that on his return his delegation would spend ten days in a quarantine hotel in England before returning to Wales. Rhys Blumberg, director of operations of the club, had also criticized the Welsh government, which had refused to allow the group to spend its period of quarantine in the country.

“The Welsh Government’s empathy and support for Cardiff Rugby staff stranded in South Africa is absolutely appalling“, tweeted Rhys Blumberg, adding that”no special treatment was requested, just support to get them back to Welsh soil so they can start their quarantine“.

This quarantine also calls into question the opening match of the European Champions Cup, during ovalistic of the football Champions League, where Cardiff must, in theory, be opposed to the English Wasps, on December 12.

The Scarlets and the Zebra were able to leave South Africa on Sunday. The four meetings which were planned on site as part of the 6th day, as well as the next, of the RCU, were postponed.