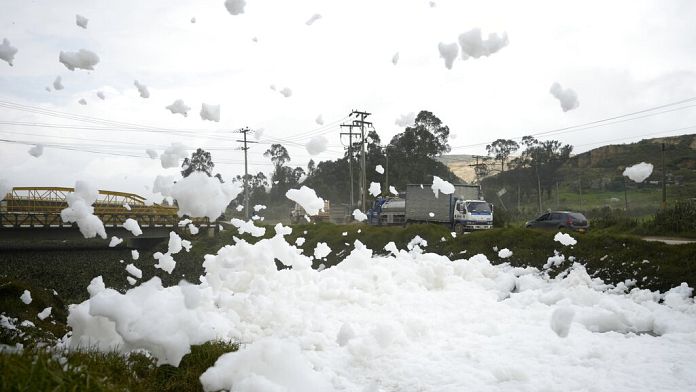 In Colombia, contaminated moss worries the inhabitants of Mosquera, twenty-two kilometers from the capital Bogota. The phenomenon is not new but it is accentuated during the rainy season. The authorities point to too much detergent being poured into the rivers.

This moss has a nauseating odor, the wind disperses it in the surroundings and it is recommended not to touch it… the inhabitants affirm besides that it destroys the doors and the windows of their properties. They also denounce respiratory diseases in children because of its proliferation.

Russian gas: Berlin and Paris are “preparing” for a possible stoppage of deliveries

EU launches review of applications from Ukraine, Moldova and Georgia