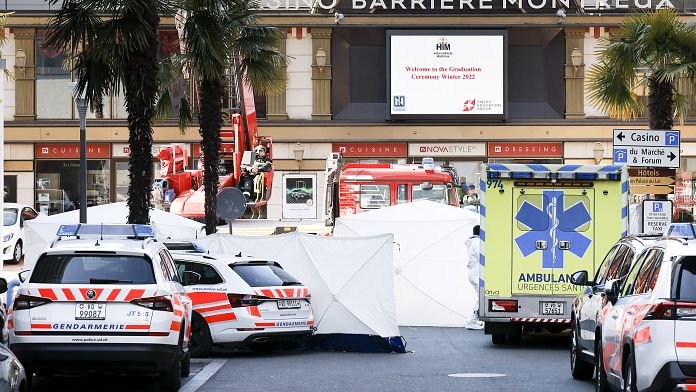 Four French people from the same family died on Thursday after apparently jumping from the 7th floor of their apartment in Montreux, Switzerlandunder still mysterious circumstances, police said.

A fifth person – from the same family – is hospitalized.

The reasons for this family tragedy which occurred early this morning in Montreux – a city located on the shores of Lake Geneva – are still unknown. But according to the first elements, it happened even as the gendarmes went precisely to this apartment for a problem of schooling for one of the children.

“The gendarmes could not enter the apartment. And it was obviously at this moment that the decision was made by this family to launch themselves down the balcony from the 7th floor.“, said the spokesperson for the Vaud cantonal police, Jean-Christophe Sauterel, on Swiss public radio RTS.

According to the first investigations, two gendarmes went to the apartment of this French family “to execute an arrest warrant issued by the prefecture in connection with the home schooling of a child“, said the Vaud cantonal police in a press release.

The mandate concerned the father, a 40-year-old Frenchman residing in this apartment. The gendarmes knocked on the door and heard a voice asking them who was there. After having announced themselves, the gendarmes then heard no more noise in the apartment.

Unable to make contact with the possible occupants, they left the premises, but in the meantime, a witness called the police to report that people had fallen from the balcony of an apartment.

This witness “was present when the family members fell,” said Mr. Sauterel.

Support teams intervened to take care of the witness, as well as the people who could be impacted by this tragedy, including the various official responders.

In the current state of the investigation and subject to a formal identification which is still in progress, it appears that the five people who fell from the balcony are members of the same family of French nationals: the father therefore, his 41-year-old wife, her twin sister and the couple’s 8-year-old daughter are the four people who died.

The 15-year-old son is hospitalized in serious condition.

An investigation was opened by the public prosecutor, who entrusted the investigations to the investigators of the security police, in order to determine the exact circumstances and the reasons for this tragedy. The presence of another person in the apartment at the time of the facts could be excluded in the state of the investigation.

“The events took place behind closed doors. The people were in the apartment in which the events took place and then fell from the balcony. Is it a fall or other circumstances, that is the investigation which will have to determine it as far as we can do it“, underlined the spokesman of the Vaud cantonal police on the radio.

“There is a whole investigation of the neighborhood that will be made, of the environment to try to understand how this family lived, in what circumstances“, he said.

Australia reopens to tourists after two years of Covid-related closures