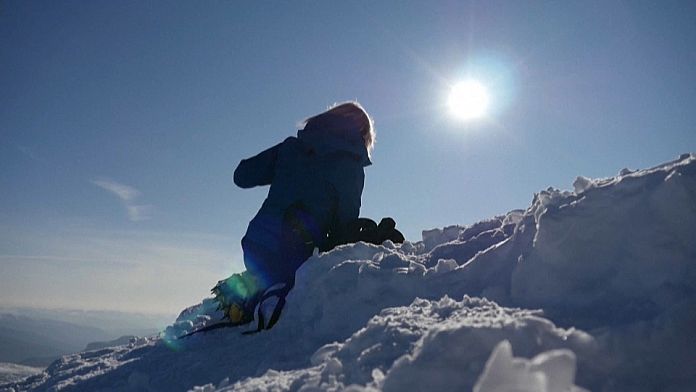 In the Arctic, global warming is three times faster than elsewhere”s. In the Far North of Sweden, the Kebnekaise is the silent witness of the changes that are at work. In this region, glaciers are undergoing accelerated melting. Result: two years ago, this peak lost altitude and its title as the highest peak in the country. Ninis Rosqvist, a glaciologist, has been scrutinizing the phenomenon for years.

“I think the glaciers here are going to keep melting because it’s always hotter and we haven’t reduced our emissions yet, but maybe we can stop the melting of the larger ice sheets and then the knowledge we have from here can help“, she said.

The average annual temperature in the Arctic has increased by 3.1 degrees Celsius for half a century, compared to 1°C on the planet as a whole.

In this part of the Swedish far north, the Sami community lives off reindeer herding. It is experiencing the full effects of warming. The snow that remained frozen all cold season, now melts and freezes regularly, a phenomenon that prevents animals from feeding.

“Nowadays, it can rain for weeks, then this rain turns into snow and this creates a persistent layer of ice on the lichens, which prevents reindeer from feeding on it“, says Tomas Kuhmunen, reindeer herder.

But here the major problem is the melting of the frozen underground soil, in other words permafrost.

“Permafrost holds huge stocks of carbon, as long as it’s frozen, that’s a good thing, but when it starts to thaw, some of that carbon ends up in the water and the atmosphere, leading to even greater warming of the climate“, explains Keith Larson, a specialist in the subject.

Melting permafrost is a “time bomb” for the climate, scientists warn. Risk: reaching a tipping point, a critical threshold beyond which ecosystem change is irreversible.

Between methane and CO2, this subsoil contains some 1,700 billion tons of organic carbon, almost twice the amount of carbon already present in the atmosphere.

Sexual abuse in the Church of France: “We are living in a moment of shame,” says the Pope