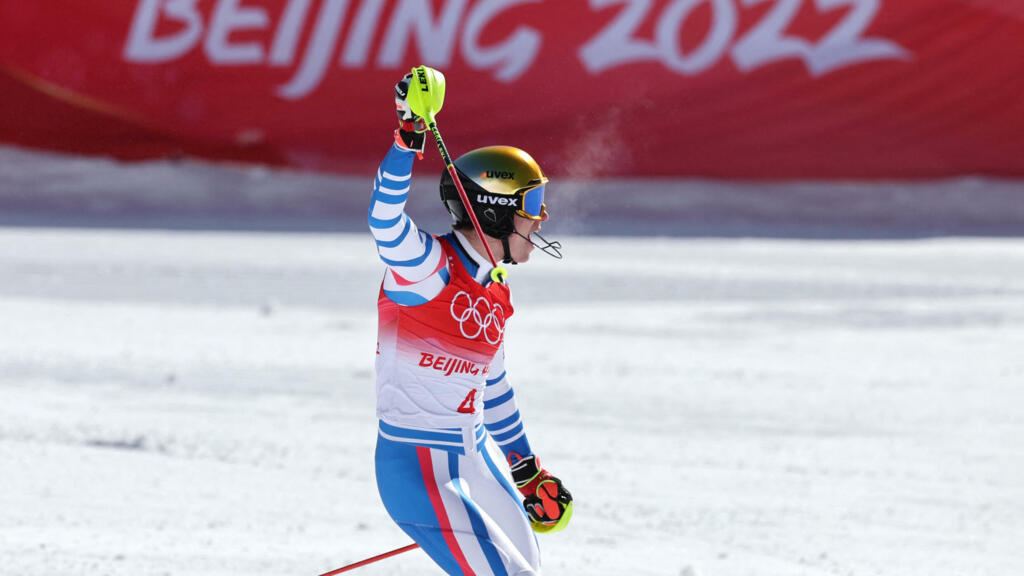 Frenchman Clément Noël won the title of Olympic slalom champion on Wednesday in Yanqing ahead of Austrian Johannes Strolz (2nd) and Norwegian Sebastian Foss-Solebagg (3rd). This is France’s 13th medal at the Beijing Winter Olympics.

Clément Noël slalomed to gold Olympic, Wednesday, February 16, in Yanqing. Sixth after the first run, the Frenchman set the fastest time in the second run to win the slalom title in alpine skiing ahead of the Austrian Johannes Strolz (2nd) and the Norwegian Sebastian Foss-Solebagg (3rd).

At 24, Clément Noël is the first Frenchman crowned in alpine skiing since Antoine Dénériaz’s victory in the downhill in 2006. For France, he succeeds Jean-Pierre Vidal (crowned in 2002), Jean -Claude Killy (1968) and sisters Christine (1964) and Marielle Goitschel (1968).

The French skier had shown himself at a very high level with a surprise fourth place at the Pyeongchang Olympics in 2018. Since then, he has been world number two in the specialty three times (from 2019 to 2021).

He won the Olympic title in the heart of an eventful winter: he had won the first slalom of the season in Val d’Isère before not getting back on the podium for the next five races, frustrated by recurring faults.

Alexis Pinturault, reduced by a shoulder, finished in an anonymous 16th place, and will leave the Games without an individual medal for the first time in his career.

Clément Noël brings his fourth title to France and a 13th tricolor medal to the Beijing Winter Olympics.

NBA | Basketball – NBA: A former teammate of LeBron James declares his love for him!