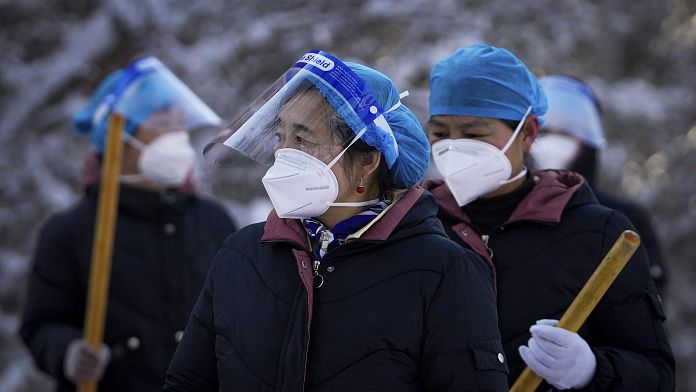 Mainland China reportedly recorded its first two Covid-19 deaths in more than a year on Saturday, underscoring the threat posed to the country by the Omicron variant, already responsible for the largest wave of infections since the start of the pandemic..

These first deaths since January 26, 2021 in mainland China – excluding hong kong and Macau– bring the balance sheet of the pandemic to 4,638 dead, while Hong Kong, also in the grip of a resurgence of Covid-19, deplores more than 200 deaths per day.

Both deaths occurred at Jilin (northeast), the province most affected by the current wave, said the National Health Commission.

Authorities recorded 4,051 new infections across the country on Saturday and 4,365 the day before, more than half of them in Jilin province.

The country, where the first cases of coronavirus appeared at the end of 2019, had kept the epidemic under control thanks to strict border control, long quarantines, massive screening campaigns and targeted confinements.

Beijing has made a political argument out of its low death rate, saying it demonstrates the power of its one-party governance model.

Both deaths are quietly reported in the Health Commission’s daily report and little mention is made of them by the public media.

The world’s second largest economy, which recorded less than 100 cases a day just three weeks ago, has announced more than a thousand new daily infections for the past week.

Questions have arisen with the highly contagious Omicron variant on the long-term effectiveness of the so-called strategy “zero-Covid” of the government.

In recent weeks, official sources have suggested that China may at some point have to live with Covid-19, as other countries do, and have worried about the impact of broad lockdowns on the economy.

But President Xi Jinping assured Thursday that the government “sticks“to the strategy”zero-Covid“, according to public television, while allowing a more “targeted“.

While, in the past, any epidemic rebound could lead to complete confinements of cities, the authorities have decided on differentiated measures to respond to the last outbreaks.

cities like shenzhen, a technological center of 17.5 million inhabitants, have been confined. But the restrictions were relaxed in this city after Mr. Xi’s remarks.

For its part, Shanghai closed schools and carried out a massive screening campaign but escaped total confinement.

The authorities have also announced that patients with mild symptoms can be isolated in quarantine centers and no longer necessarily in specialized hospitals.

Tens of millions of people are currently confined to their homes across the country and authorities have scrambled to free up hospital beds amid fears the outbreak could put the healthcare system under severe strain.

Beijing is also monitoring Hong Kong, where a strategy “zero covid“similar could not stop the wave of the Omicron variant that appeared at the end of December.

In less than three months, the former British colony has recorded more than a million cases and more than 5,000 deaths, many of them among unvaccinated elderly people. According to researchers, half of the 7.4 million inhabitants have already been infected.

Unexpectedly, local chief executive Carrie Lam told a press conference on Thursday that “the time has come“to review the restrictions.”Not because the number of cases has gone down… but I have a very strong feeling that people are fed up“, said the leader.