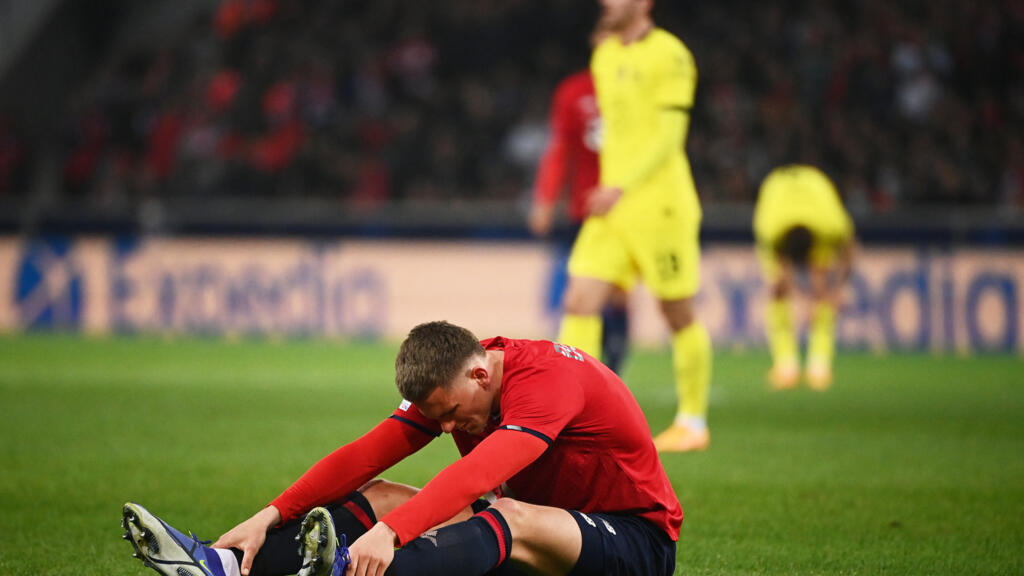 As in the first leg (2-0), Chelsea got the better of a Losc (1-2), whose game was nevertheless pleasant. France no longer has a representative in the Champions League.

There is a class difference between Lille and Chelsea. This new match between the 2021 French champion and the reigning European champion confirmed the diagnosis of the first leg. Thomas Tuchel’s Blues resisted Lille’s urge to turn things around after the first leg defeat. In vain. Losc lost 2-1 at home and was eliminated from the Champions League.

Faced with a Chelsea entangled in sanctions towards its owner Roman Abramovic, Lille nevertheless presented itself without complex, with the crazy hope of overturning the severe score of the first leg (2-0) in front of his audience at the Pierre Mauroy stadium. The Mastiffs, compact and organized, left no space for the Blues at the start of the match and attacked the London goal.

André recovers a good ball in the central circle and shifts for Yilmaz who tilts the game in the direction of Gudmundsson. The center is diverted into a corner which is easily pushed back (3rd). A few moments later, Yilmaz took advantage of a loss of ball to project himself into the axis and hit the goal. Thiago Silva counters from the chest for a corner (7th).

>> To read also: Roman Abramovich, Russian oligarch and first of the football billionaires

Chelsea do not panic and work to slow down the pace imposed by their opponents. Kovacic manages to escape Losc’s defense to strike on the left. He then tries to put the ball back in front of the Lille goal, but Léo Jardim intervenes on the ground to intercept the pass (23rd).

Lille opens the scoring and is caught

But while the Blues are regaining color despite the premature exit of Andreas Christensen, Losc is finally making Chelsea doubt. On the mess following a free kick from Bamba at the entrance to the area, Jorginho touches the ball with his hand. Thanks to the VAR, the referee offers a penalty to Lille, which Yilmaz transforms with a flat foot despite a start on the right side of Édouard Mendy (38th, 2-1).

Chelsea wants to nip the northern hope in the bud. The Blues besiege the Lille cage at the end of the half and the Lille crack on the last action, at the worst moment: Pulisic, forgotten by passive Mastiffs, receives a bright pass from Jorginho and realizes a perfect cross shot to deceive Léo Jardim (45th + 3, 1-1).

On returning from the locker room, Lille refuses to lower its head against the European Champions. Bamba makes his technique speak on the left of the surface and eliminates Alonso before depositing his cross on the head of Yilmaz. The attempt grazes the skylight of Mendy (51st). Rüdiger reacts by taking a free kick cleared by the Lille defense. He misses (60th).

Lille pushes but is not helped by fate. On a magnificent cross from Ylmaz from the right, Xeka arrives launched and uncrosses a powerful header… which hits the post (63rd). Mendy was beaten.

What could have happened if this balloon had passed a few centimeters further to the right? We will never know since Azpilicueta buries Lille hopes a few moments later. At the end of a long possession session for the Blues, Mount crosses in front of goal. Azpilicueta beats Weah to take the ball with his knee at the far post (71st).

On the Lille side, we continue to try but the heart is no longer there. The Mastiffs, emptied of their desire, leave the ball to Chelsea, who quietly await the end of the match. Twenty minutes later and despite the flashes of the incoming Ben Arfa, Lille knows the same fate as the other French representative in the Champions League: eliminated in the round of 16.

close-up on the favorites and underdogs of the competition