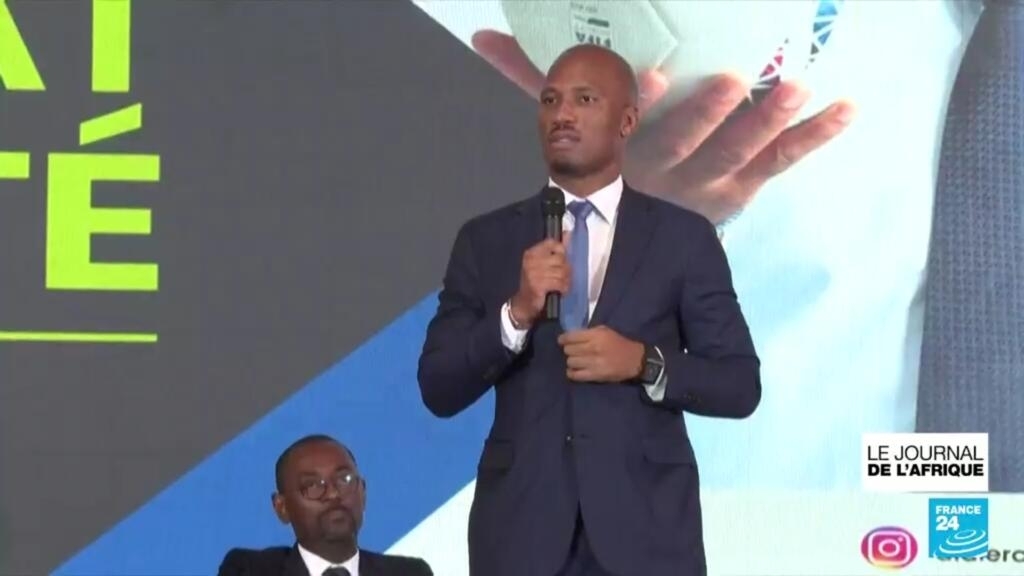 The legend of Marseille and the Elephants of Côte d’Ivoire, Didier Drogba, presented his program on Monday in the event of election at the head of the Ivorian Football Federation (FIF). The election takes place on Saturday.

A walkabout and a presentation with great fanfare of its program. Former star striker Ivorian Didier Drogba, promised Monday, April 18 “a new era” if he is elected Saturday president of the Ivorian Football Federation (FIF).

”After April 23, a new era will begin for Ivorian football”, Didier Drogba told a press conference in Abidjan, showing confidence in his victory against his two opponents, former senior officials of the FIF , Idriss Diallo and Sory Diabaté.

“I think I have every chance of winning this election,” he said, highlighting “the work done by his staff” and his program called “Renaissance”. “My priority after my election will be to unite, because Côte d’Ivoire has experienced too many crises which have caused us to miss qualification for two World Cups,” he added.

He intends to reorganize Ivorian football from top to bottom and has promised an increase in subsidies to clubs whose presidents are called upon to elect the new leader of the FIF.

”The club presidents have seen that my program will benefit them. As for the former players, we are going to put them on a mission to share their experiences with the youngest,” he assured.

Drogba, Diallo and Diabaté have been officially selected as candidates – among six initially – to run for the presidency of the FIF, whose election will be held on Saturday in the Ivorian administrative capital, Yamoussoukro.

However, the election of the new president will only be definitively validated once the results of an “integrity investigation” to which they must submit are known.

An election far from being won in advance

Despite his status as an icon of Ivorian football and the support of the international federation, the election of Didier Drogba is not a foregone conclusion: he spent most of his working life abroad while his two rivals know perfectly the cogs and the functioning of the FIF and the clubs of Côte d’Ivoire. And if he is by far the most popular, his candidacy has already had its share of controversy.

For his opponents, Didier Drogba “does not make ground, he considers that being a star is enough and does not go to see the voters, that is to say the club presidents”, explains the entourage of one of the AFP candidates.

The election of the president of the FIF has already been postponed many times since 2020, due to an imbroglio on the sponsorship system for candidates.

The FIF had been placed under guardianship in December 2020 by Fifa, which has since installed a “standardization committee”.

If elected, he could follow in the footsteps of another African football star, the Cameroonian Samuel Eto’o, elected head of Fecafoot in 2021.