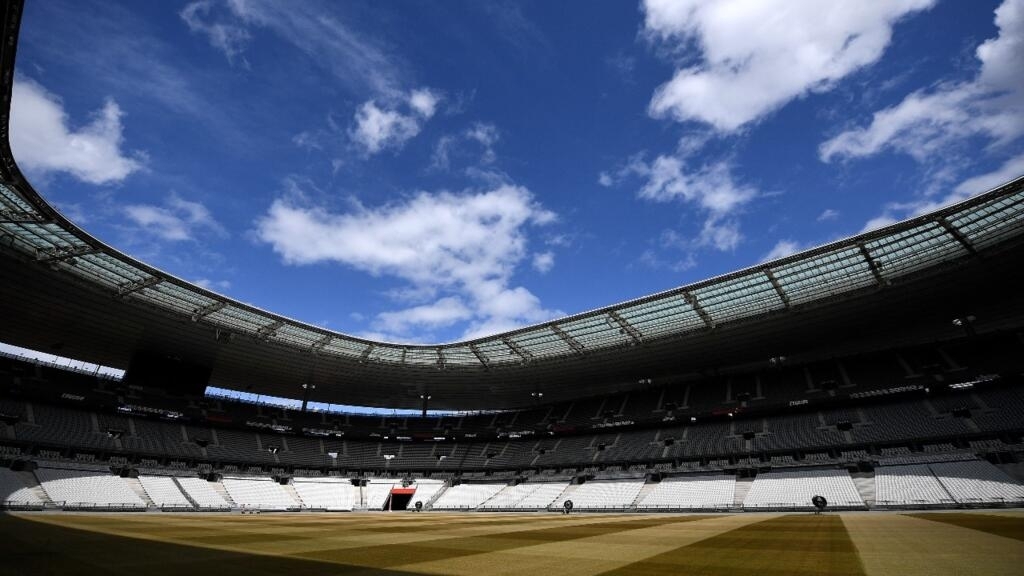 Refusal to face Russia, athletes declared persona non grata, competitions moved or canceled … Since the start of the Russian invasion of Ukraine on Thursday, several international federations have taken measures: football, Formula 1, volleyball, biathlon, tennis, skiing are concerned. Even the IOC gets involved.

Four years after the World Cup, Saint Petersburg was preparing to return to the center of attention of football fans. But’UEFA very quickly announced that it was moving the final of the Champions League, the summit of European club football, to Paris. Another subject to come for UEFA: its partnership with Gazprom, which will be examined next week by its executive committee and seems very threatened. A contract estimated at 40 million euros per year.

>> To read also: “Champions League: the final relocated from Saint Petersburg to the Stade de France”

Sochi is a symbolic place of Russian “soft power” in sports. Host city of the Winter Games in 2014, it has been hosting the Formula 1 Russian Grand Prix since that same year. But this will not be the case this season, since the competition’s promoter, Formula One, has canceled it seven months before it is held.

The American team Haas for its part questioned its partnership with its Russian sponsor Uralkali, not displaying the Russian colors on its single-seaters. And the future in F1 of Nikita Mazepin, son of a leader of Uralkali, who was to drive one of the two single-seaters, seems questioned.

The International Football Federation (Fifa) has not yet given up the matches of its schedule scheduled in Russia. But it was overtaken by Poland, to the great satisfaction of its star Robert Lewandowski: the latter refuses to face Russia on March 24 in Moscow in the dam of the World Cup-2022. Potential opponents of the Russians in the next match, the Swedes also announced that they would not face the Russians.

Chelsea coach Thomas Tuchel has admitted it: the situation of the owner of the London club, the Russian oligarch Roman Abramovich, “disturbs” his team. If the multi-billionaire is not targeted by the sanctions decided by London against Russian interests, his case has been mentioned in parliament and in the press.

Chelsea aren’t the only club with Russian connections. Manchester United announced on Friday that it had “revoked” its sponsorship contract with the airline Aeroflot, which was banned from British airspace. This contract was concluded in 2013. In Germany, the D2 club Schalke 04 removed the Gazprom logo and name from its jerseys.

Usually reluctant to comment on geopolitics, the International Olympic Committee has urged international sports federations to cancel or relocate any event planned in Russia or Belarus. He also asks that the flags of these two countries not be hoisted and that their anthems not be played, considering that the Olympic truce supposed to expire one week after the Paralympic Games (4-13 March), had been violated.

In line with this call, the International Ski Federation (FIS) announced the cancellation of all its competitions in Russia by the end of the season “in the interest of the safety of all participants”. Without waiting for this announcement, Norway, the first nation in the number of medals at the Winter Olympics in Beijing, and Sweden had in any case warned that they would not send skiers for these events.

Also following the IOC’s call, the International Biathlon Federation (IBU) decided on Saturday to ban the anthems and flags of Russia and Belarus during World Cup events. On the other hand, even though the Ukrainian biathlon team has already informed the IBU that it will not participate in any of the remaining World Cup competitions, “the Ukrainian flag will be raised at the events to honor the Ukrainian team”, explained the instance.

Scheduled from August 26 to September 11, the World Volleyball Championships in Russia have not yet been moved but seem very threatened. “Without me, thank you,” tweeted French world volleyball star Earvin Ngapeth. A great nation in this sport, Russia also lost the organization of the group stage matches of the Leagues of Nations for women in Ufa from June 28 to July 3 and for men in Kemerovo from July 5 to 10.

The International Tennis Federation has indefinitely canceled all events in Russia.

The Swedish government on Saturday called for a complete exclusion of Russia from all sports competitions by EU countries. Already, the Norwegian and Swedish ski federations have made it known that Russian athletes are not welcome on their territory for the events in their respective countries next month.

British Home Secretary Priti Patel also warned that “national teams from countries complicit” in invading Ukraine would no longer be welcome in Britain. In fact, the visas of the Belarusian basketball players who were to play Sunday in Newcastle have been canceled.

With the exception of matches involving them directly, the Russian clubs aligned in the Euroleague (Saint Petersburg, Kazan and CSKA Moscow) will have to play their Euroleague home matches abroad. Ditto for European club football matches.

Denmark will go to Qatar, France makes a good operation

2022 – Africa zone: follow live all the results of the first round matches of the 3rd round