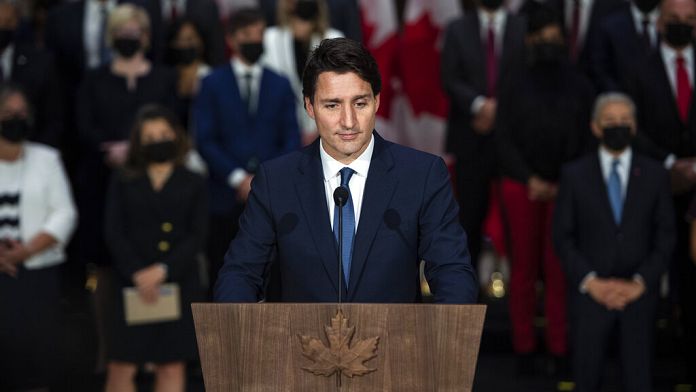 A new government for Canada, 38 people, as many men as women and new recruits to give Ottawa “s breath of renewal…

For his third term, Prime Minister Justin Trudeau wants to take the fight against global warming to the next level.

He, who is sometimes criticized for his environmental record and who still does not have a majority in parliament, has therefore chosen an environmental activist, “a figurehead”, as minister of the environment : Steven Guilbeault.

He arrives in office a few days before COP26, but as a former regional director of Greenpeace and co-founder of Equiterre, Quebec’s largest environmental organization, he will be able to ensure. He says he wants to make Canada “one of the best countries in the world” in the fight against climate change and the protection of biodiversity.

And then the face of Canadian diplomacy changes. Former astronaut Marc Garneau is replaced by the Québécoise Mélanie Joly previously head of the Department of Economic Development and Official Languages.

The new Minister of Foreign Affairs said she wanted to bet on “humility” and “boldness” to ensure “Canada’s very strong power of influence in the big leagues”.

Among other notable appointments, the Liberal Prime Minister gave the Department of Defence to the former Minister of Supply Anita Anand, which has notably been in charge of the delivery of Covid-19 vaccines in Canada. She is the second woman to hold the position, at a time when high-ranking officers are facing accusations of sexual assault.

Earlier this month, Justin Trudeau announced that his government’s priorities would be to fight Covid-19, fight global warming, advance reconciliation with Aboriginal people and set up a national network of child care centers.