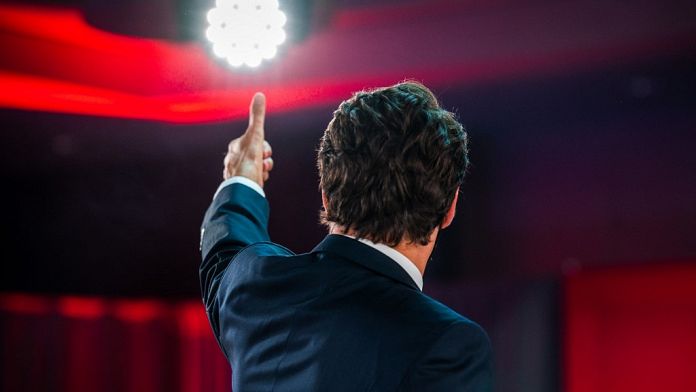 Lost bet for Justin Trudeau. If the Liberals won the Canadian legislative elections well, it ” s only half a victory for the outgoing prime minister.

Justin Trudeau had lost his parliamentary majority two years ago and it was in order to regain it that he called these early parliamentary elections. But it’s missed, even if it looks good :

“You are returning us to work with a clear mandate to help Canada through this pandemic and see better days ahead. My friends, this is exactly what we are ready to do”.

Justin Trudeau was roughed up during the election campaign, on the ground, he had to deal with every move to a crowd of protesters angry about health measures. One of them even threw gravel at him.

And moderate conservative Erin O’Toole has proved to be a formidable opponent. To the end, the outcome of the election seemed uncertain.

The leader of the Conservative party regretted that this election has further aggravated the divisions in the country :

“Five weeks ago, Mr. Trudeau asked for a majority. He said that the minority parliament was – I quote – ” unmanageable “. But tonight, Canadians did not give Mr. Trudeau the majority mandate he wanted”.

The 338 members of the House of Commons were elected by some 27 million Canadians.

Justin Trudeau’s Liberal Party, which won 155 seats, will have to rely on smaller parties in parliament.

Jagmeet Singh, leader of the New Democratic Party, won 26 seats that can be decisive for governance.

In the months to come, as he is in the minority, Justin Trudeau will remain at the mercy of a possible vote of no confidence if he loses his support.

Since coalitions are not part of Canadian political culture, it would have to negotiate the support of one or more parties in order to govern and avoid being overthrown by a motion of no confidence.

Justin Trudeau should benefit from the fact that the other parties will not want to go back on the campaign trail in the coming weeks or months.

Historically, the lifespan of a minority government in Canada is 18 to 24 months.