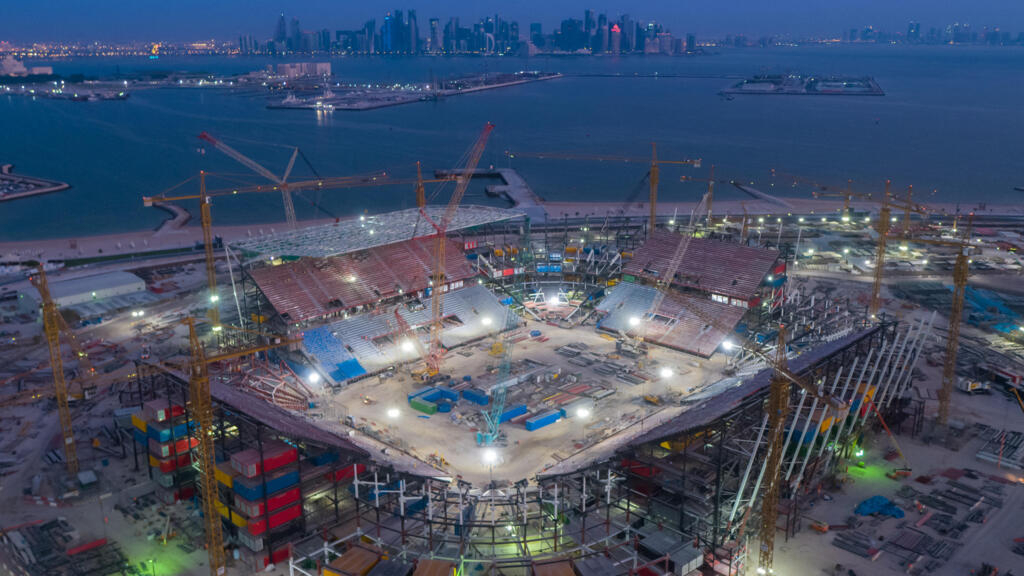 The most popular sport in the world, football has a far from negligible carbon footprint. As COP26 opens in Glasgow on Sunday, what initiatives are being taken to make the round ball as green as its lawns?

With the infernal pace of matches bringing footballers (by plane, necessarily) to the four corners of Europe or the world and the travel of supporters, the imperatives of professional football constitute a cocktail with a heavy carbon footprint.

A topic in the zeitgeist

“Sports practice is intimately linked to quality of the environment”, reminds France 24 Arthur Miche, founding president of Football Écologie France, an association aiming to make this sport a major player in the ecological transition. “If weather conditions continue to deteriorate and temperatures rise, outdoor sport could quickly become asphyxiating.”

In a video released in July 2020, English club Manchester City expressed concern about the impact of global warming on the future of football. Entitled “The End of Football”, the spot casts us in 2045, in a future where water shortages prevent Premier League matches, including that of Manchester City led by Phil Foden, to stand.

Manchester City is not an isolated case: “We are currently oversollected, both by professional and amateur clubs, which shows that football wants to seize ecological issues”, explains Arthur Miche.

Football has a significant impact through its pollution and CO2 emissions, according to data collected by the association: transport of players and supporters for competitions (2.1 million tons of CO2 for the 2018 World Cup, the ecological impact of 200,000 French) massive waste production (a Ligue 1 match would produce 10 tons), water consumption for lawn maintenance…

The president of Football Écologie France insists on the need to change habits. “In terms of CO2 emissions, it is really the issue of transport that is crucial: transport to training sessions, matches, transport of supporters. The other big issue is waste management. There is a lot of waste. When there are big events, it is complicated to aim for zero waste,” explains Arthur Miche, whose association brings its expertise to develop the offer of public transport to get to the stadium and tend towards a reduction of waste produced.

“Our goal is to support clubs and communities – who are often the owners of stadiums – in an operational way to integrate ecology into football. We offer expertise, creation of events, tools to answer the problems of the field. We also try to disseminate best practices as much as possible,” explains Arthur Miche.

Eco-support as a means of action

Example of concrete actions, Saturday 23 October, Football Écologie France organized alongside the Girondins de Bordeaux and the association The SeaCleaners an urban cleaning walk. Objective: mobilize supporters to collect as much waste as possible in 90 minutes, the equivalent of a football match. The collection of the 317 fans present was substantial: 110 kg of plastic were collected, as well as 92 kg of glass, 38 kg of metal including 1,700 capsules, 23 kg of cardboard, 428 masks and 127,000 butts.

The operation perfectly illustrates the concept of eco-supportism, put forward by the association: a bottom-up logic that places support at the heart of the action.

“For us, every supporter can have game-changing commitments. It is possible to change the way you practice sports (transport, waste management). The other lever is the support of his club in terms of ecology. Clubs like Bordeaux or OL can do all the actions they want, if the supporters do not follow, they will not go far,” says Arthur Miche, whose association had published a white paper at the occasion of Euro-2021 on good behaviour. “Supporters are citizens. If they are made aware of the issue, it puts pressure on the clubs to take up the issue.”

Great events, the source of all evil

With the World Cup in Qatar in less than a year, football is not likely to improve its carbon footprint: between the arrival of fans from all over the world to see the tournament that will take place this year in the small peninsula and the air-conditioned stadiums, the carbon bill is likely to be salty. However, by a sleight of hand, Fifa claims that the carbon balance of the event will be neutral. Tournament organizers have committed to mitigate and offset all greenhouse gas emissions from the tournament.

Often the promises of tree plantings then bloom. UEFA has thus promised to plant 50,000 trees to compensate for its last Euro played in twelve countries.

“We will calculate our (carbon) footprint, then we will buy credits to replant trees,” summarizes Mathieu Djaballah. “We get to a zero, but it’s a false zero. This is not a sustainable logic.”

“Offsetting carbon is an interesting symbolic gesture, but it should only happen as a last resort, when we have already done our utmost to reduce emissions,” notes Arthur Miche. “It is a maligned subject to plant trees after a competition, because you get the impression that the authorities have not tried to reduce their impact.”

On the one hand, ecological actions and carbon neutral budgets are promoted; on the other, polluting initiatives and competition dates are multiplied. Recently, the LFP announced the relocation of a Ligue 1 match in China to seduce the Asian market before back-pedaling. Fifa forces for a World Cup every two years… Would the football world be hypocritical?

“It is, in fact, a tension between ecological and economic issues. Ecology is now something demanded by public opinion. This forces clubs and bodies to seize the subject. A lot of progress has been made, especially in the development of stadiums, transport offers,” notes Mathieu Djaballah. “However, this willingness to make efforts runs into a limit: the total questioning of the business model of professional sport. We prefer to see ecology as an everyday gesture rather than as a macro problem. In the case of large events, the primary goal is always to attract spectators from all over the world. There is therefore a deep schizophrenia: these spectators burn 80% of their carbon impact but arriving on site, they are asked to take public transport and sort the waste for ecological reasons.”

“There is a kind of inconsistency and asymmetry,” adds Arthur Miche. “The authorities are becoming aware of the issues but, at the same time, this awareness has not yet reached all those involved in the decision-making process. We can take the example of the game relocated to China. It can be assumed that the person who actually made this decision is far from sensitive to the ecological issue, even though others within the LFP are well versed in the subject.”

For the president of Foot Écologie France, football’s governing bodies have a way to make its events more ecological: demanding specifications in terms of environmental issues.

“It must be remembered that the 2022 World Cup was awarded to Qatar in 2010, an already distant era in terms of ecological consciousness. When Qatar was chosen, these issues were not integrated. It is now necessary that the specifications be very demanding with the host countries and impose a responsible and coherent procurement policy at the ecological level. France did that for Euro-2016 and the Women’s World Cup. Qatar must be the last of these events where stadiums are built ex nihilo in remote places”, wants to believe Arthur Miche, optimistic.