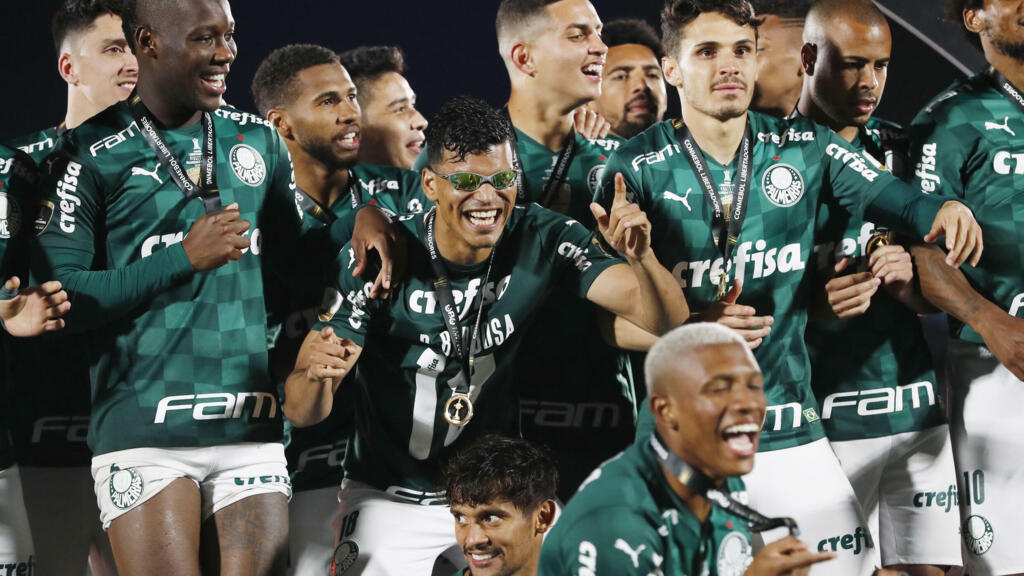 The Brazilian club Palmeiras scored twice on Saturday by beating Flamengo (2-1), after extra time, in the final of the 62nd Copa Libertadores in history, and won a third crown.

The final of the Copa Libertadores, between the winning Brazilian clubs of the last two editions, was won, Saturday, November 27, after extra time (2-1), by Palmeiras, who achieved the double in the South American competition, equivalent of the Champions League.

A goal from the start (4th), few sparks, even fewer opportunities, and Palmeiras seemed to have won a final of the Libertadores not very exciting until the equalizer of Flamengo (72nd) who pushed the match in overtime.

On a superb opening by Paraguayan defender Gustavo Gomes, who left international left-back Filipe Luis unmoved, Mayke centered back for Raphael Veiga who, at the penalty spot, was able to calmly adjust Alves (1-0, 4th) .

Flamengo, with his attacking duo of Bruno Henrique and Gabigol, who scored 16 of the 32 goals for “Fla” ​​in the competition this season, including 10 for the only Gabriel Barbosa, struggled to take the blow.

In front, Gabigol won a lot, called the ball, also bitched a lot, but in addition to a head off frame (19th), he did not sow danger in a defense of Palmeiras mistress of its surface.

His center millimeter at the far post found Bruno Henrique, who gave a header to De Arrascaeta, but at six meters, the Uruguayan collided with Weverton out to meet him (42nd).

Too few shivers crossed the spans of the Centenario stadium, two-thirds filled with the red and black colors of the “Fla”.

Gabigol gave back some balm to the hearts of his supporters as soon as the resumption after a lonely raid, but pushed his ball too far. On the corner, David Luiz, the former defender of Paris SG, Chelsea or Arsenal, narrowly missed the frame.

Mayke, alone at the forefront of the “Verdao” attack, more discreet but otherwise more dangerous, forced Alves to parade a shot from 25 meters which took the direction of the skylight (53rd). He even tried a bicycle, however not supported enough (61st).

Weverton, in his goal, also pulled out all the stops in front of David Luiz, served at the far post on a free kick, and with a firm hand avoided the equalizer (55th).

But Gabigol knows how to feed on crumbs. On a one-two with De Arrascaeta, he landed a crossed dry strike from the left (72nd) which hit the mark.

The people of the “Fla” ​​then began to dream of a new turnaround for Gabigol, as in the 2019 final against River Plate, where he scored a double at the end of the match for an unexpected victory against the Argentines. (2-1).

It was Michael, who entered the game, who missed the match point (85th) for the Rio de Janeiro club, crossing his shot too much. The teams were sent to overtime.

Palmeiras only waited four minutes to gain the advantage on another defensive foul. Former Manchester United player Andreas Pereira lost the ball on a pass from David Luiz, and Deyverson, who had just entered the game, took off on his own to goal, with Alves only managing to touch the ball lightly (2 -1, 94th).

Little used this season, Deyverson becomes the new unlikely hero of Palmeiras after Breno Lopes last year, also entered during the game and who had offered the title to his family after stoppage time (90 + 9).

Palmeiras will represent South America at the Club World Cup, held in early 2022 in the United Arab Emirates, which brings together the champions of the six world confederations. Chelsea will be the representative of Europe, having won the Champions League last season.

Novak Djokovic one win away from a historic Grand Slam