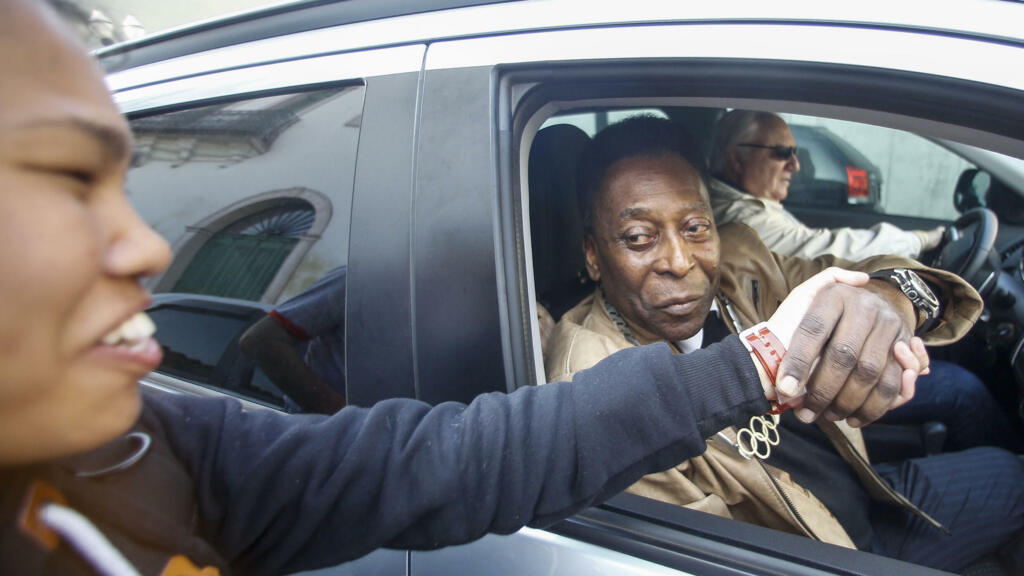 Operated in early September for a “suspicious” tumor in the colon, the Brazilian Pelé was allowed to leave the hospital, Thursday morning. The sacred football monster will have to undergo chemotherapy.

Fans of the legendary former footballer Peeled will be relieved. The 80-year-old Brazilian was released, Thursday, September 30, from the hospital where he had been admitted a month ago to undergo the removal of a “suspicious” tumor.

“Edson Arantes do Nascimento was allowed out of the hospital this Thursday morning. His state of health is stable and he will undergo chemotherapy, after his operation to remove a colon tumor, on September 4,” explained in a statement the Albert Einstein Hospital in Sao Paulo.

Although this medical bulletin does not mention the word “cancer”, chemotherapy is usually used to treat this disease.

“When the journey is difficult, celebrate every step of the journey. Focus on your happiness. It is true that I can no longer jump, but lately I have raised my fist in the air more often than usual. Instagram Facebook: “I am very happy to go home,” wrote the “kIng” on his Facebook and Instagram accounts after being discharged from the hospital.

“He is getting stronger and will continue his recovery at home,” said his daughter.

Rumors about his health

The Brazilian three-time world champion was admitted to the hospital on August 31 for routine examinations and a “suspicious” tumor in the colon was detected. He was operated on four days later. The result of the tumor biopsy has still not been made public.

The “kIng” of football then spent about ten days in an intensive care unit, where he returned briefly a few days later due to breathing difficulties.

The hospital has published very few official bulletins and many rumors have circulated about the state of health of the one who many consider the greatest footballer of all time.

One of his daughters, Kely Nascimento, then decided to reassure fans with photos and videos showing her father, always smiling and full of humor despite apparent fatigue.

He has been seen riding an exercise bike, playing cards and singing the anthem of Santos, the club where he shone from 1956 to 1974, before joining the New York Cosmos at the end of his career.

Pele himself has published some information on his Instagram account, which has more than 7 million followers. In one of his publications, he wanted to congratulate the Argentine Lionel Messi, who broke on September 9 his record for the number of goals scored in selection by a South American player, with 79 goals scored, against 77 for the Brazilian.

The only footballer in history to have won the World Cup three times (1958, 1962, 1970), Pele has made very few public appearances in recent years.

Since the beginning of the Covid-19 pandemic, which claimed nearly 600,000 lives in Brazil, he has remained confined to his residence in Guaruja, a seaside town near Sao Paulo.

In a documentary about his life launched in February by Netflix, we see him moving with difficulty with the help of a walker.

The former number 10 of the Seleçao, who will turn 81 on October 23, has worried his fans several times due to his fragile health. In April 2019, he was hospitalized in Paris due to a severe urinary tract infection. Back in Brazil, he had a kidney stone removed.

At the end of 2014, Pelé had already suffered a severe urinary tract infection and was placed in intensive care and on dialysis. He has only one kidney since he was still a player. A broken rib during a game had damaged his right kidney which was eventually removed.

The Brazilian is one of the last sacred monsters of football, after the deaths of Johan Cruyff, in 2016, and especially of Diego Maradona, in November 2020. Pelé had paid a vibrant tribute to the Argentine genius: “One day, in heaven, we will play together in the same team. And this will be the first time that I will raise my fist to the sky not to celebrate a goal, but because I will be able to give you the hug.”

Basketball – NBA: A former teammate of LeBron James confides in his personality!