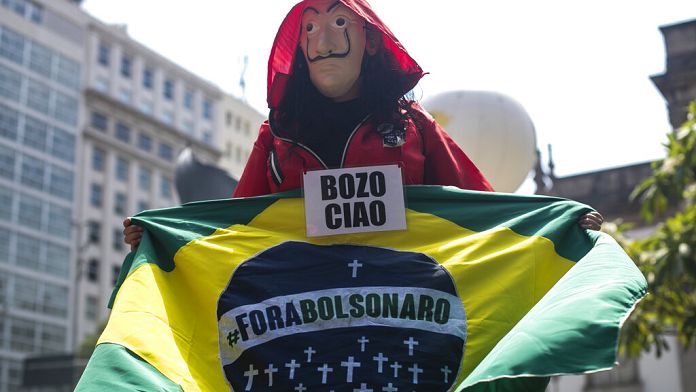 In Brazil thousands of people marched this Saturday in major cities of the country to express their opposition to President Jair Bolsonaro, and to demand his impeachment.

The most important rallies were held in Rio de Janeiro, Sao Paulo or Brasilia at the call of the “Bolsonaro national campaign outside“, supported by a dozen left-wing parties and many trade union centres.

The protesters denounce the poor economic management of the country, the rising cost of living or the damage caused by the Covid-19 epidemic.

Jair Bolsonaro came to power at the end of 2018. The next presidential elections are supposed to take place in October 2022.

A year before the election, a poll conducted in mid-September by the Datafolha institute gave 26% to the far-right president in the 1st round against 44% for former president Luiz Inacio Lula da Silva.

On 7 September, massive rallies in Brasilia and Sao Paulo had gathered 125,000 supporters of Jair Bolsonaro. More than what the left managed to gather this Saturday in the two regional capitals.