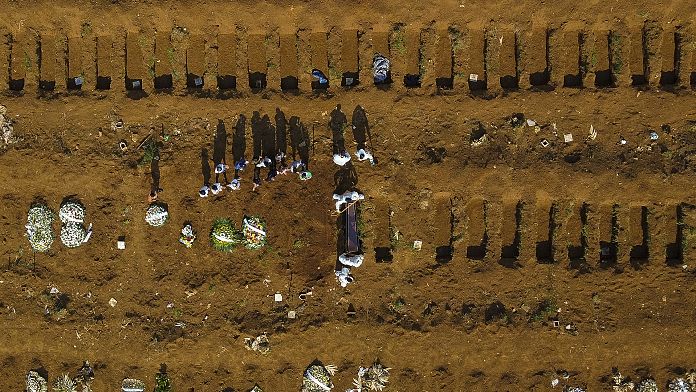 The figures are chilling but largely undervalued according to specialists. By surpassing the threshold of 600,000 deaths from Covid-19, Brazil becomes the second most bereaved country in the world after the United States.

71.4% of Brazilians received at least one dose of vaccine, but many are behind in their vaccine cycle. The situation is still better than three months ago, when the vaccination “s still skidding. The average daily death rate fell below 1000 at the end of July, before falling to stabilize around 500 during September.

On Friday morning, the NGO Rio de Paz paid tribute to the victims of Covid by exposing 600 white handkerchiefs hanging on clotheslines, on the famous Copacabana beach.