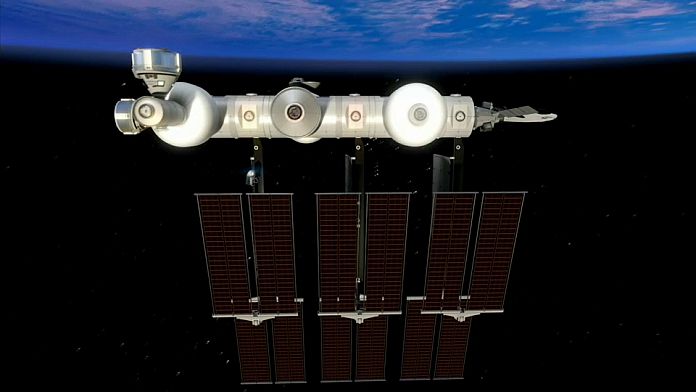 The frantic race for space tourism continues. A new project was unveiled this week by the companies Sierra Space and Blue Origin, billionaire Jeff Bezos. After marketing a rocket, he intends to build a private space station. Its name: “Orbital reef”, orbital reef. The resort is described as a “commercial park” that can accommodate up to ten people. Objective: make it operational in the second half of the decade.

“i_it is necessary to imagine this as a village. Where many different organizations and people can conduct their own activities_,” says Lindy Elkins-Tanton, vice president of interplanetary initiative, ASU (Arizona State University).

The station will evolve at an altitude of 500km, a little higher than the current ISS and will have about the same area. Several companies will be partners in the project. Among them Boeing which will be in charge of the scientific module and will provide the means of transport to this station.

This initiative is not isolated. Two other companies have already announced plans to build their own private space station. Axiom Space has long announced that it wants to build its own, which will first be attached to the ISS before taking its autonomy. And last week, the company Nanoracks, in collaboration with the companies Lockheed Martin and Voyager Space, announced plans to build a commercial station named Starlab, which will have to be operational from 2027.