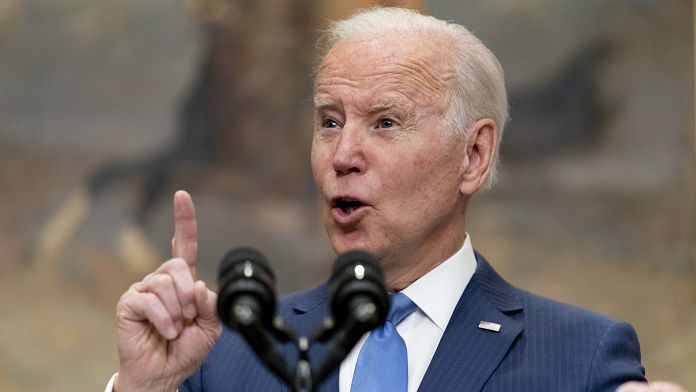 While he had already compared Vladimir Putin to a butcher a few weeks ago, Joe Biden this time called the Russian president a dictator during a visit to an arms production plant in Alabama. A symbolic trip for the American president who is pressuring Congress to adopt an aid plan for Ukraine of $33 billion.

“You allow Ukrainians to defend themselves, said Joe Biden. And quite frankly, they ridicule the Russian army in many cases. If you don’t stand up to dictators, history has shown us that they go on and on. Their appetite for power continues to grow.”

On his side, Vladimir Poutine asked Westerners to stop supplying arms to Ukraine, in a telephone interview with the French president Emmanuel Macron. In recent days, the Russian President has raised the threat of using nuclear weapon.