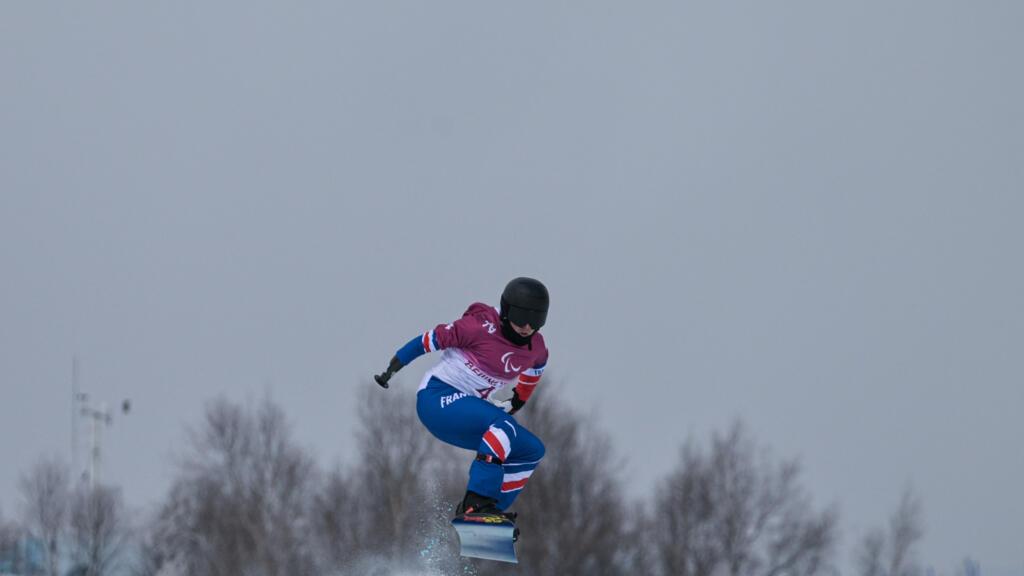 Biathlete Benjamin Daviet and snowboarder Maxime Montaggioni added two additional titles to the list of the French team present at the Paralympic Games in Beijing on Friday.

Two more gold medals for the French at the Beijing Paralympic Winter Games. On Friday March 11, Benjamin Daviet and Maxime Montaggioni climbed to the highest step, respectively in individual biathlon (standing category) and in snowboarding.

On the slopes of the northern site of Zhangjiakou, Benjamin Daviet, a native of Annecy, dominated the Canadian Mark Arendz and the Ukrainian Grygorii Vovchynskyi.

“This race, I mastered it from start to finish,” said the 32-year-old athlete. “I felt so good on the skis, so good shooting. I don’t think anything could hurt me today.”

“We all really want to win”

“I was so relieved with my first gold medal that I feel like I’m doing perfect races. I feel like I’m flying a little on my skis, it’s really cool to have that feeling” , he reacted.

There are still two races to go for Benjamin Daviet, including a relay.

“The state of mind is at the top. We are really all at the bottom. We really all have the rage to win, to do things well. All the lights are green”, judged the athlete. “On the relay (…), we really want to go for gold.”

Snowboarder Maxime Montaggioni won the banked slalom (UL category). In the Genting snow park, the 32-year-old from Nice beat the formidable Chinese Ji Lijia and Zhu Yonggang by a few tenths of a second.

“It’s nice. I dreamed of it, it’s coming true today. It’s incredible. It was played with so little,” reacted the sportsman.

I did not understand why people cried when they had a medal at the Games. But there, I understood, it’s an incredible emotion,” he said.

With this victory, Maxime Montaggioni erases his disappointment in snowboard cross, where he had been eliminated in the quarter-finals when he had the potential to go to the final.

“We do an individual sport, but behind there are a lot of people” like the staff, the doctors, his mental trainer, he underlined. “It’s important that at some point their investment is rewarded with our results.”

Deprived of the Games in 2018 due to an injury, he arrived in Beijing with a vindictive attitude. “It was my motivation not to be able to participate in Pyeongchang. It was hard, I had a little depression (at the time). But behind it, there was a lot of hard work (…) We had all the conditions to succeed,” he said.

With these two new titles, France now has nine medals (including six gold), which places it in fourth place in the ranking of countries.

Again deprived of a visa in Australia, Novak Djokovic continues his standoff in court