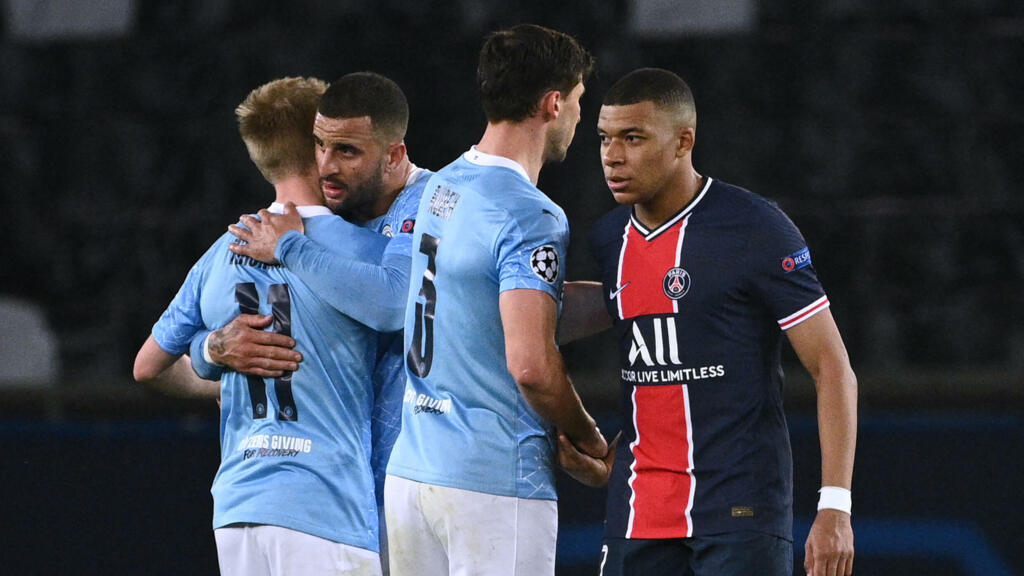 PSG have an appointment on Tuesday with a big piece in the Champions League, the club of Manchester City, for a rematch of the semi-final lost last spring. Enough to fuel the growing rivalry between the two clubs.

Who looks like himself hates himself. Both properties of a wealthy sovereign wealth fund of a Gulf state, PSG and Manchester City constantly being compared. Before act 6 of their nascent rivalry, Tuesday 28 September in the Champions League, analysis of the trajectory of the two opponents in Group A.

Since passing under the flag of a Gulf state, both clubs are experiencing an inflation of titles unprecedented in their history.

PSG lead 27 trophies to 16, but the difference is to be put into perspective given the level gap between the English and French championships.

Justice of the peace to separate them, the Champions League did not adoubb either club.

PSG missed its chance in the final of the 2020 edition (against Bayern, 1-0), and Manchester City, the following year (against Chelsea, 1-0).

With the recruitment of superstar Lionel Messi this summer, PSG has taken an extra dimension in its quest to become the club of the new generation.

On Instagram, the Parisian club, which plays on a “lifestyle” image, as evidenced by its partnership with Jordan Brand, is followed by more than 50 million subscribers, twice as many as City (26.8 million).

But on the issue of turnover, the beloved team of the Gallagher brothers is not far away at all. Its equipment supplier contract with Puma, valued at around 76 million euros annually by the British press, is in the top 5 in Europe… like PSG with Nike.

The two clubs are fighting for fifth place, behind FC Barcelona, Real Madrid, Manchester United and Bayern Munich… that they aspire to surpass one day.

In the arms race to build a squad capable of winning the C1, the Emiratis at the helm of Manchester City have been the biggest spenders. According to a Fifa report published in September, which summarizes the decade 2010-2020 seen from the transfer market without mentioning specific amounts, the English club is the one that has bought the most in Europe.

These figures highlight two different recruitment policies. On the one hand, City do not hesitate to buy a lot and then send these players to work elsewhere, on loan. The “Sky Blues” are the most loaned in Europe over the decade, with 232 players.

On the other, PSG, less inclined to “trading”, prefers to hit hard with huge transfers, like those of Neymar (222 million euros) and Kylian Mbappé (180 million euros) in 2017.

It was not until this summer that Manchester City for the first time exceeded the mark of 100 million euros in compensation, for Jack Grealish (EUR 117 million).

Even if their philosophy differs, both clubs have experienced the same concerns with UEFA’s financial fair play.

Their first confrontation dates back to December 2008, during the group stage of the UEFA Cup (now the Europa League), almost the “prehistory” for two teams transformed in the last decade. In England, City and Sammy Traoré’s PSG drew (0-0).

The two rivals met in 2016 for a C1 quarter-final that left a bitter taste for PSG. After the draw at the Park (2-2) in the first leg, De Bruyne qualified his team (1-0) in a return match marked by the losing tactical bet of Laurent Blanc, dismissed from his duties a few weeks later.

Last spring, revenge is taken in the semifinals. But PSG, twice, bow : 2-1 at home, then 2-0 away, an elimination that highlighted PSG’s collective failures in the face of Pep Guardiola’s oiled system.