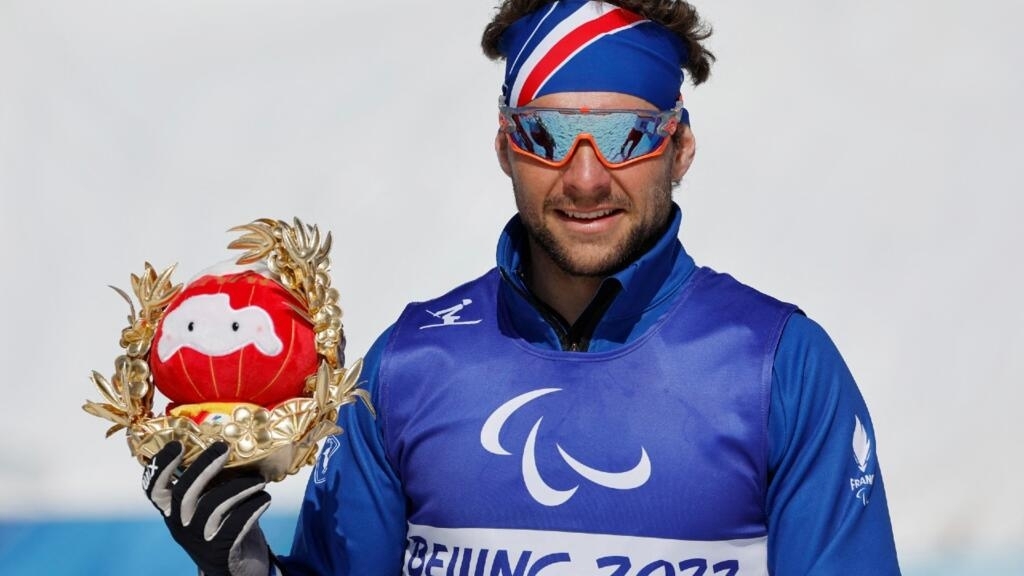 The day of the French at the Paralympic Games was mixed. While Benjamin Daviet took silver in cross-country skiing – his third medal, star Marie Bochet ended her glorious Paralympic career with a crash in slalom.

The penultimate day of Beijing Paralympic Games, Saturday, March 12, was marked by Benjamin Daviet’s silver medal in cross-country skiing, his third medal. On the other hand, the disappointment was great on the side of the star of alpine para-skiing Marie Bochet. She ended her Paralympic career with a crash in the slalom event, ending a difficult Games.

Flag bearer of the French team during the opening ceremony, Benjamin Daviet once again honored his status with this silver medal in cross-country skiing in the middle distance (standing category). On the slopes of the northern site of Zhangjiakou, the 32-year-old Haut-Savoyard, native of Annecy, was preceded on the wire, by a little more than a second, by the Chinese Wang Chenyang.

📰 Nothing stops our tricolor flag bearer that we find smiling today at the end of the 12.5 km in para cross-country skiing.
A third medal for Benjamin Daviet, in silver this time, just one second behind Chinese Wang who won the title 🥈⤵️


“I’m really very happy with this silver medal. I think I didn’t have the crazy feelings I had yesterday. I was a little tired after a complicated night,” said Benjamin Daviet. “It has to be played three or four centimeters away. That’s how it is, it’s sport, you can’t win everything either.”

Benjamin Daviet had already won the Paralympic titles this week in sprint cross-country skiing and individual biathlon. He will compete again on Sunday in the long distance relay, where he promises to “rip his guts out” to seek a new medal.

End of career for Marie Bochet

Eight-time Paralympic gold medalist, Marie Bochet, the French star of the last decade in para-winter sports, ended her stay in Beijing with a fall during the slalom (standing category).

“I’m a little relieved that it’s over, because it was so dense these Games,” reacted on the verge of tears the 28-year-old champion. “I was so lacking in landmarks, lacking in sensations (…). I put my heart and my guts into it, I tried not to let go.”

After a fall last weekend in the descent, Marie Bochet had managed to win the silver in the Super-G, but had finished off the podium in super combined (5and) and giant slalom (4and).

A record far from the ambitions displayed by the champion. “We’ve been isolating ourselves for two months, we’ve been in trouble because of the Covid, we’ve been far from our loved ones. Was all that too long for me, who am very sensitive? Maybe”, she analyzed. Certainty in any case: these Paralympic Games in Beijing were his last.

“I believe that these Games also showed me that it was really over, that I had really gone to the end of things”, even if “I don’t know what the future will hold” for the moment, she said.

With Benjamin Daviet’s performance on Saturday, France now has ten medals (including six gold). It retains its fourth place in the country ranking.

China is still first (57 medals, including 17 gold) ahead of Ukraine (28, including ten gold) and Canada (23, including eight gold).

To be continued on Sunday on the French side: the cross-country ski relay, but also the men’s alpine ski, where the young Arthur Bauchet, 21 years old and already titled twice in Beijing, will notably be aligned in slalom.

harmless, OM let Feyenoord Rotterdam slip away in the final

the French Quentin Fillon Maillet shines in silver on the sprint