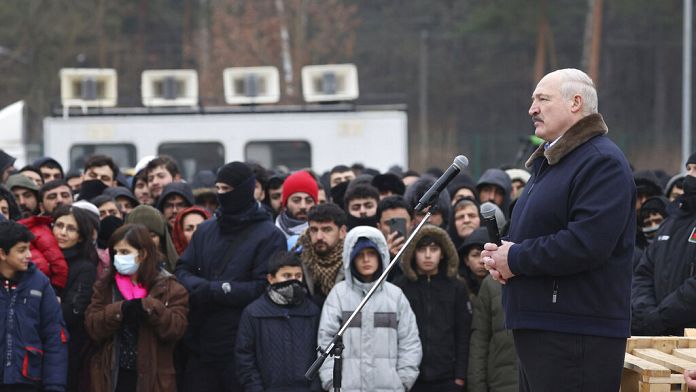 Iraq announces two new flights to repatriate from Belarus those migrants who abandon the plan to cross the Polish border.

By Sunday nearly 900 people are expected to be evacuated while more than a thousand have already been evacuated since the start of operations on November 18.

For his part, President Belarus went to the border where thousands of migrants are still trapped, whom he is accused of using as a means of pressure on Europe.

Alexander Lukashenko said he would not hold them back by force and called on Germany to welcome them.

Alexander Lukashenko, Belarusian President: “I promise you: whatever I can do, whatever the Belarusian authorities can do, we will. We will continue to insist that the Western states help you.”

The Belarusian president added that his country could not “start a war to open a corridor to Germany”.

Around 2,000 migrants are accommodated in this Belarusian camps near the border crossing point with Poland at Brouzgui.