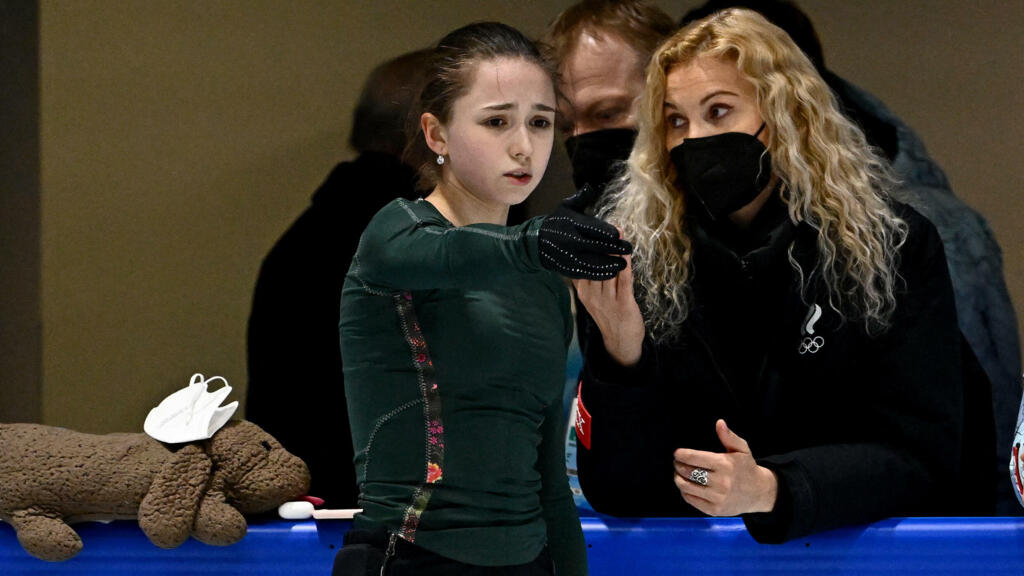 Kamila Valieva, the young Russian figure skating prodigy who tested positive for an anti-doping test, is the latest champion to emerge from the team set up by Eteri Tutberidze, a coach with brilliant results but controversial methods.

Monday, a quadruple jump which marks the history of the Olympic Games and Friday, the announcement of a positive doping control. At 15, Kamila Valievafavorite for individual gold but tested positive for a banned substance, has already marked these OJ-2022.

Like all that has been done best, or almost, for more than five years in women’s skating, Valieva, who arrived as the arch-favorite for Olympic gold in Beijing at only 15 years old, is a pure product of the very rigorous school Tutberidze.

Rebirth as a trainer

Born in Moscow in 1974, the last of a family of five children, Eteri Tutberidze started skating at the age of four. A crack in the spine will put an end to his dreams of figure skating. She then turned to ice dancing.

At the age of 18, she left the USSR, now Russia, for the United States. She joins the “Russian Ice Ballet” for a tour across America. While the show was at a standstill and the troupe was resting in a hostel in Oklahoma City, an explosion occurred in the building opposite, on April 19, 1995. Placed by two white supremacists, this bomb killed 168 people and injured 680. Despite the violence of the explosion, the skater comes out of the debris with simple cuts.

Shortly after, she began training to make ends meet, then ended up returning to Russia in 1998, a victim of homesickness. She sets up her school, shaping children from an early age to program them to win.

In its ranks currently are Anna Shcherbakova, reigning world champion, and Alexandra Trusova, European and world bronze medalist, the two other Russian skaters engaged in the Beijing Games. With Valieva, it is precisely the three who monopolized the European podium less than a month ago and landed in the Chinese capital promised to the Olympic podium.

These three young girls are nicknamed the “quad squad” for their mastery of the quadruple jump, a figure long considered impossible for skaters.

However, Kamila Valieva signed three, Monday, February 7, the first three in Olympic history. A quadruple salchow first, then a quadruple toe loop in combination with a triple toe loop. His third attempt ended in a fall.

How does Eteri Tutberidze achieve such results in her students? With a rigor pushed to excess in children often taken almost out of the cradle. Her club, Sambo 70, in the southwest of Moscow, she calls it a “factory” for champions while its athletes are “material” to be shaped.

Moreover, she shapes them with an iron fist by abusing the bodies to the extreme. She does not hesitate to subject them to heavy repetitive workloads, without taking into account the young age of her athletes. She also weighs them at each workout.

All retired before the age of 20, victims of health problems or anorexia. Yulia Lipnitskaya took hers in 2017 because of her anorexia, explaining that she felt like she was getting fat “just by breathing air”. Evgenia Medvedeva, who waited until she was 22, also said that she spent part of her life “half-starved” to “control everything (she) ate”.

“I don’t control their diet, I weigh them. Not even me personally, I just ask them to send me their results,” the critics had replied. Eteri Tutberidze at Sports.ru. Still, in the middle, we mock an “expiration date” of “products” Eteri. The champions are often ephemeral in Sambo 70.

Until the positive control of Kamila Valieva, the athletes of Eteri Tutberidze have never been worried in doping cases. Her students found themselves at the center of a controversy in 2019. On Instagram, Anastasiia Shabotova, a then 13-year-old skater, explained that all Sambo 70 skaters doped and that it was “the right way to do” to be successful.

The release caused an uproar in Russia. The management of the Russian anti-doping agency condemned the words of the young skater, who quickly explained that she had been misunderstood, her mother flying to her aid to clarify that her daughter had not understood the questions that had been put to her. Possessing dual nationality, Anastasiia Shabotova then asked to represent Ukraine, the country of her mother, a request accepted by the Russian Federation. She was also one of Kamila Valieva’s competitors during the team event.

This affair could revive the fracture, already deep since the scandal of the 2014 Olympic Games in Sochi, between Russia and international sports bodies. The case reacted to the Kremlin, which said Friday “fully support” Kamila Valieva.

Russia was suspended at the end of 2020 from any international competition by the CAS for two years, but its athletes can compete under a neutral flag if they have not been personally sanctioned for doping.

If the Valieva affair turns out to be only an individual breach of the anti-doping rules, it will have no additional consequences for Russian sport, except to tarnish its image again: the decision taken in 2020 was directly aimed at the Russian anti-doping agency (Rusada), for having first orchestrated and concealed institutionalized doping, then for having manipulated computer data requested by WADA.