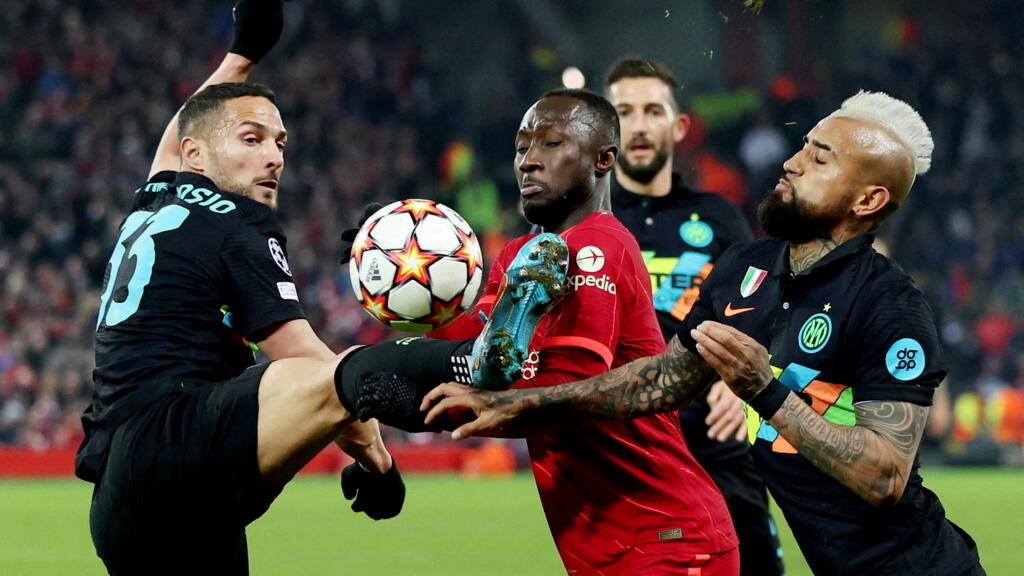 Bayern Munich crushed Salzburg (7-1) and Liverpool lost to Inter Milan (1-0) on Tuesday. This defeat did not prevent the English from qualifying for the quarter-finals, like the Germans from Bayern.

On to the quarter-finals. Bayern Munich of the untenable Robert Lewandowski took the breath away from Salzburg (7-1) to compost, Tuesday March 8, his ticket for the quarters of the Champions Leaguelike Liverpool yet beaten by Inter Milan (1-0) at Anfield.

At the Allianz Arena, Bayern showed a completely different face than that displayed during the first leg in Austria (1-1), where Kingsley Coman had snatched the equalizer at the last minute of regulation time. On Tuesday, the injured beast made short work of RB Salzburg.

The show of force bears the seal of Lewandowski, whose “hat trick” (12and21and and 23and) in eleven minutes stunned the visitors and paved the way for an easy success, in which Serge Gnabry also participated (31and), Thomas Muller (54and83and) and Leroy Sané (85and).

The attackers quickly chased away the doubts that have been able to escort the Bavarians in recent days, with a sometimes feverish defense and manhandled three weeks ago by the eight-time reigning Austrian champions.

As often, the main role went to “Lewi”, the Polish striker now at the top of the ranking of top scorers, ahead of Ajax’s Ivorian Sébastien Haller (11 goals), with twelve units in eight European matches this season. .

Mute on the way out, he made up for it by converting two penalties, which he himself obtained in front of Maximilian Wöber (12and21and), before his combativeness was again rewarded: on a pass from Müller, he countered the goalkeeper who came to meet him and pushed the ball away, which was first pushed back by a post (23and).

By the way, the 33-year-old center-forward scored the fastest hat-trick after the kick-off of a Champions League meeting, twenty-three minutes after Clément Turpin’s whistle, ahead of one minute Marco Simone’s former record with AC Milan, against Rosenborg in 1996.

Without the reduction in the score of the very young entrant Maurits Kjaergaard (18) to the 70and minute, Bayern could have achieved the biggest victory in history in the final phase of C1. The Germans still equaled the record gap they themselves had established against FC Barcelona (8-2) in the quarter-finals of the 2019/20 edition.

If the 2020 European champions shone, it was not the case for their predecessors in 2019, Liverpool, beaten 1-0 at Anfield by Inter Milan.

Qualification on the wire for Liverpool

The Reds suffered against the reigning Italian champions, but they once again joined the European Top 8 thanks to the success (2-0) acquired late three weeks ago at San Siro.

Success was not on the side of the English. A header from Virgil Van Dijk was blocked (31and), two attempts by Mohamed Salah failed on a post (52and76and), and another golden opportunity signed Luis Diaz (90and+2) was thwarted by an Italian save.

The Intéristes, for their part, played the blow thoroughly and took the best thanks to Lautaro Martinez (61and), scorer in front of Van Dijk too passive and Alisson exceeded. The first European goal this season from the 24-year-old Argentinian, who already scored a hat-trick on Friday in the league, was not enough.

The team led by Simone Inzaghi suffered from the expulsion in the second half of Alexis Sanchez (63and), for a second yellow card. However, she offered a conquering face for her return after ten years of absence in the final stages of C1.

Again deprived of a visa in Australia, Novak Djokovic continues his standoff in court