By enlisting Lionel Messi this summer and a few years earlier Neymar at FC Barcelona, PSG have hurt the Catalan club very badly, which is now struggling to achieve convincing results on the European and domestic scene. A real sensation of the summer transfer window, the arrival of the Pulga has still not been digested by the Blaugranas. This Friday, the president of Barça Joan Laporta made incredible revelations about the underside of the transfer of the Argentine and Brazilian to Paris.

In the midst of a sporting and financial crisis, Barça is gradually trying to rebuild itself, focusing in particular on its training center and by extending its safe values. If the ills of the Catalan club do not date from yesterday, they were however overshadowed in recent years by its Argentine star Lionel Messi, who carried an agonizing team thanks to his personal exploits.

This summer, La Pulga drew a line on his Barcelona adventure, joining PSG, one of the only clubs capable of ensuring the salary of the six-time Ballon d’Or. This transfer, experienced as a tragedy in Spain, is the consequence of significant financial setbacks that FC Barcelona has been experiencing for several months. The club unveiled a debt of more than 1.3 billion euros. Interviewed this Friday on the airwaves of the RAC1, Joan Laporta has delivered a crazy confidence on the underside of this non-prolongation. 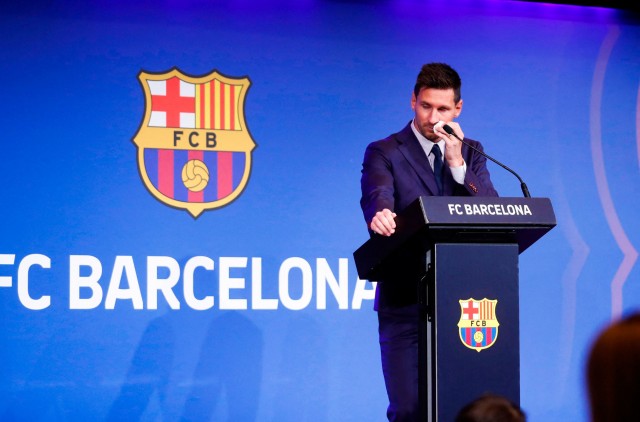 The president of Barça revealed that he wanted to keep his star player without paying him this summer. An unprecedented situation, which obviously did not please the interested party, who, as a reminder, receives an annual salary in Paris of 30 million euros. “I had the hope that Messi would change direction, and that he would say I play for free… but we can’t think that a player of that ilk would do that.”, he confided. While this statement may seem irrational in modern football, it nevertheless echoes the complaints of some supporters. The latter criticized the 34-year-old’s lack of compassion for his training club, refusing to make financial efforts to stay.

Neymar wanted to return to Barcelona

In his interview for Catalan radio, Joan Laporta also confirmed a mutual interest between Neymar and Barça in 2019. “We were told that Neymar wanted to come, that he did not want to continue (at PSG), but he gave in to PSG’s proposals.“As a reminder, the former Barça player was strongly associated with a return to Barcelona in 2019, even if it means going to the clash with the fans and the club. Finally, the Brazilian stayed and won the forgiveness of the Parisian fans after several heated matches.