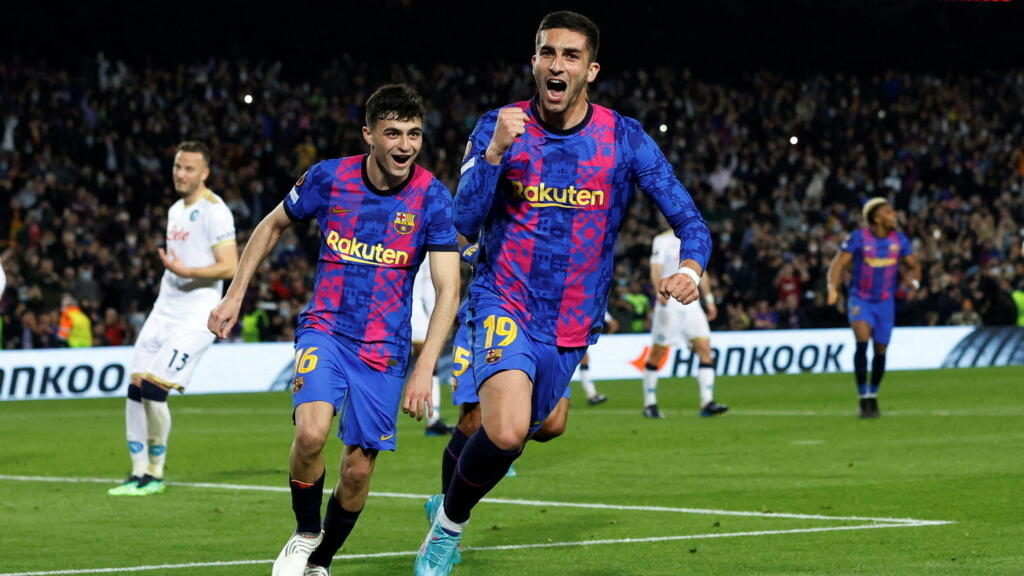 FC Barcelona were held in check by Naples on Thursday in the first leg of the Europa League, while Glasgow Rangers crushed Borussia Dortmund. The return play-offs will be played next Thursday.

FC Barcelona, ​​despite a clear domination, could not do better than a draw at Camp Nou against Naples (1-1), and Borussia sank in Dortmund against Glasgow Rangers (2-4), Thursday February 17 in dams go from there Europa League.

For its part, Sevilla FC, another contender for the final victory, took a serious option on qualifying for the round of 16 by dominating Dinamo Zagreb 3-1 in Andalusia. Croatian Ivan Rakitic from the penalty spot (13th), Argentinian Lucas Ocampos (44th) and Frenchman Anthony Martial (45+1) scored for Sevilla, and Mislav Orsic had equalized at 1-1 for the Croats (41st).

In Barcelona, ​​it was the Neapolitans who opened the scoring, through the Pole Piotr Zielinski, in two stages, after seeing his first shot repelled by Marc-André ter Stegen (29th).

But the Catalans obtained a deserved equalizer from the penalty spot, whistled for a handball by the Brazilian Juan Jesus and converted by rookie Ferran Torres (59th) after viewing the VAR by the Romanian referee Istvan Kovacs.

Traoré gave up his place for the last quarter of an hour to French striker Ousmane Dembélé, once again whistled by Cam Nou who is angry with him for not leaving the transfer window and for not having extended his contract which expires at the end of the season.

In Dortmund, Borussia supporters experienced a dark evening with this sinking which seriously compromises their survival in this Europa League.

The Germans, still without their star striker Erling Haaland, injured, were trailing 2-0 at the break: English captain and defender James Tavernier opened the scoring from the penalty spot (38th), then Colombian striker Alfredo Morelos doubled the brand (41st).

But the local hope will have fizzled since the Scots scored a fourth goal three minutes later by Morelos (54th), author of the double.

At the end of the match, the Portuguese international Raphael Guerreiro reduced the mark and fixed the final score with a shot from the left under the bar (82nd).

In the other main matches of the day, Betis won in Saint Petersburg against Zenit (3-2), FC Porto beat Lazio 2-1, Atalanta did the same against Olympiakos (2-1) and finally RB Leipzig and Real Sociedad drew 2-2.

The return play-offs will be played next Thursday.

NBA | Basketball – NBA: The reassuring message from Derrick Rose after the Wizards!