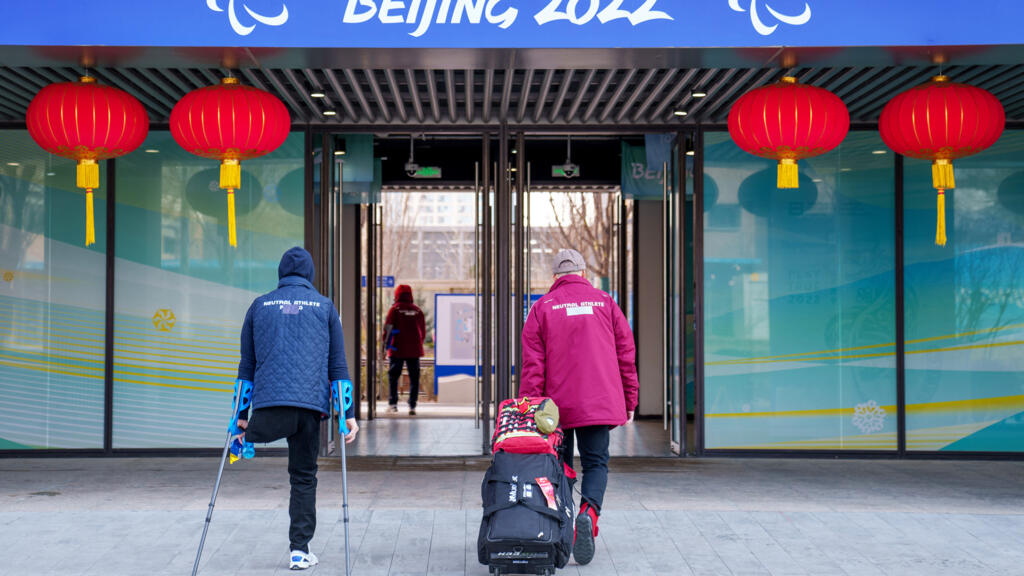 The Russian football federation announced Thursday that it would appeal to the Court of Arbitration for Sport (CAS) in Lausanne against its exclusion from the 2022 World Cup and all international competitions. A similar appeal will be filed concerning the Paralympic Games which open on Friday.

Will there be another turnaround in Beijing where, in less than 24 hours, Russians and Belarusians were admitted and then excluded, in response to the invasion of Ukraine? Qualifying play-offs at the 2022 World Cup, at the end of March, will they play well, as ordered by Fifa, without Russia, organizer of the last World Cup? Banned from world sport after the invasion of Ukraine, Russia appealed, Thursday, March 4, the decisions of exclusion from international competitions before the Court of Arbitration for Sport (CAS).

Fifa and UEFA “did not rely on any legal basis to exclude Russian teams. This decision violates the fundamental rights of the Russian Federation”, indignantly the latter, considering that the decision was taken “under pressure of its direct adversaries”, in particular Poland.

The Polish federation has indeed multiplied the announcements to affirm that it would under no circumstances play against Russia during the play-offs of March 24, qualifiers for the World Cup in Qatar, scheduled from November 21 to December 18, 2022.

A position shared by his Swedish and Czech counterparts, potential opponents of the Russians in the next round.

Towards an “accelerated” procedure?

“The Russian Federation also did not have the right to explain its position, which violates the fundamental right of defense”, also advances the Moscow body, which requests an “accelerated examination”.

A request that the CAS is not obliged to accept, nor is it obliged to freeze the decisions taken pending a decision on the merits.

Russian Sports Minister Oleg Matytsin, for his part, announced a similar appeal to reinstate Russia in the Paralympic Winter Games. He hopes to obtain a decision “before the opening ceremony”, scheduled for Friday at midday in Europe. Late Thursday afternoon, the CAS told AFP that it had not yet received any Russian appeal.

If these are well filed, the courts seized will have in their hands an extremely sensitive file: a reinstatement of Russian athletes and selections would be a first Russian victory after several days of generalized banishment.

A maintenance of these sanctions would, on the contrary, undoubtedly set a precedent in a world of sport that has often been reluctant to venture into the political arena.

To justify their decisions, UEFA and Fifa contented themselves with pointing out that “the Bureau of the Council of Fifa and the Executive Committee of UEFA” were “the highest decision-making bodies of these two organizations when it comes to urgent matters”.

Asked at a football forum in London hosted by the Financial Times on Thursday, UEFA President Aleksander Ceferin said he did not know when Russia and Russian clubs could be reinstated in European competitions.

“At the moment it’s impossible to say,” he said. “Our decision at that time was the only right decision, a unanimous decision for the members of the UEFA executive committee. What will happen tomorrow, nobody knows. I cannot give you an answer. For the hour, it stays that way and we are waiting for peace.”

UEFA also announced on Thursday that Belarusian teams should play their European home matches on neutral ground. For the moment, Fifa has not pronounced any measure against him.

At the first Formula 1 GP in Saudi Arabia, the delicate human rights dispute

the historical coronation tree that hides a forest of questions