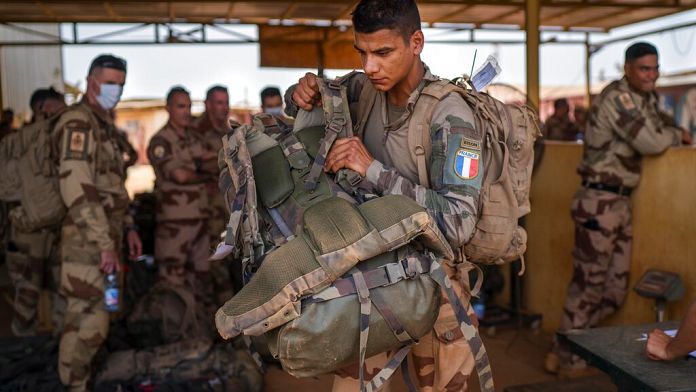 Malian Prime Minister Choguel Kokalla Maïga accused France on Monday of having worked to partition his country through its military commitment, in a new virulent charge in front of diplomats stationed in Bamako.

Choguel Kokalla Maïga, head of the government installed by the junta that came to power thanks to two successive putschs in August 2020 and June 2021, attacked France for more than 45 minutes, in front of the diplomats gathered at his request in the Prime Minister, without going so far as to explicitly request the withdrawal of the anti-jihadist Barkhane force led by Paris.

“After (a) happy time” in 2013 when French soldiers liberated northern Mali, which had fallen under the control of jihadist groups, “the intervention was transformed in a second time into an operation of de facto partition of Mali which (consisting of) the sanctuary of part of our territory, where the terrorists had time to take refuge, to reorganize to come back in force from 2014″he estimated.

In a context of strong tensions between Paris and Bamako, he summoned the memory of the Second World War: “Did the Americans not liberate France? (…) When the French judged that (the American presence in France, editor’s note) was no longer necessary, they told the Americans to leave, did the Americans start insulting the French?”he said.

Since the Organization of West African States (ECOWAS) imposed sanctions on Mali on January 9, supported by France and various partners in the country, the junta has been bracing itself on the sovereignty of the territory.

The Malian authorities accuse France, a former colonial power, of having exploited ECOWAS.

The objective is “to present ourselves as a pariah, with the unacknowledged and unacknowledged short-term objective of asphyxiating the economy in order to achieve, on behalf of who we know and by proxy, the destabilization and overthrow of the institutions of the transition”said Mr. Maïga.

French leaders “never told their public opinion, when they intervened in 2013, that they were going to divide Mali”he said.

“We can’t be vassalized, we can’t turn the country into a slave, that’s over”he continued in reference to colonization.

Mr. Maïga also attacked Takuba, a European group of special forces initiated by France and intended to accompany Malian soldiers in combat against the jihadists.

Takuba, “It’s to divide Mali. It’s the sword, in (language) songhai and in tamasheq, it’s not a name that was taken by chance”he said.

In addition to delaying the return of civilians to power, France and its European or American partners accuse the junta of having called on the sulphurous Russian group of Wagner mercenaries, which it disputes.

In front of the diplomats, in the forefront of which the Russian ambassador Igor GromykoMr. Maïga likened the soldiers of the Foreign Legion, a corps of the French army, to mercenaries.

He mentioned the recall in February 2020 – before the seizure of power by the Malian colonels – of the Malian ambassador in Paris Toumani Djime Diallo. He had angered the French authorities by accusing French soldiers of “overflows” in the red-light districts of Bamako.

The Malian authorities had recalled the diplomat at the request of France “based on simple statements (…) on the unorthodox behavior of some French legionnaires in Mali, I was going to say mercenaries”said Maïga.

Art: Spain will pay 100 million to rent the Thyssen collection