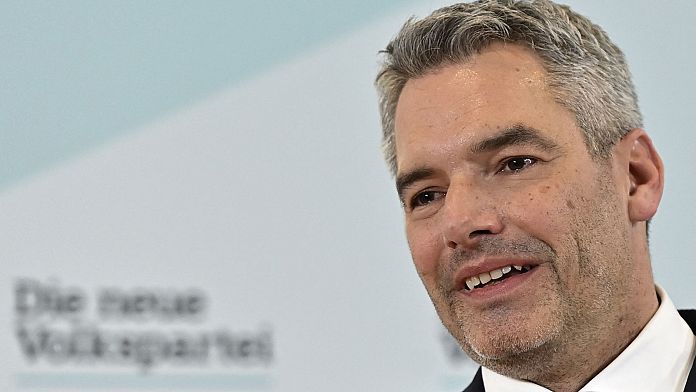 ÖVP, the Austrian Conservative Party, appointed Interior Minister Karl Nehammer as its new leader this Friday. The latter will thus become the next chancellor, after the departure of Sebastian Kurz and the interim provided by Alexander Schallenberg.

“I am extremely grateful, it is an honor and a privilege that I did not expect“, he added.

The 49-year-old politician announced on this occasion a vast cabinet reshuffle. The Minister of Finance, Gernot Blümel has already announced his resignation.

Alexander Schallenberg, whom Sebastian Kurz had appointed in October to succeed him in the chancellery after being implicated in a corruption scandal, declared himself Thursday evening “ready to leave his post “. He should find his portfolio at the Ministry of Foreign Affairs.

Born in Vienna in 1972, Karl Nehammer made a career in the army where he was appointed lieutenant before becoming a communications advisor and then a deputy in 2017 and minister in January 2020.

As such, he had to manage the first Islamist attack in Austria, which killed four people, in November of the same year.

On Thursday, Sebastian Kurz announced he was leaving politics, barely two months after leaving the head of government.

He remained in the direction of his training, of which he also chaired the parliamentary group, but he explained that he saw “a new chapter” being started, saying he was “worn out” by the recent accusations by the prosecution.

In October, several places including the Chancellery and the Ministry of Finance were raided as part of an investigation into suspicions of embezzlement of public funds between 2016 and 2018.

The alleged hijacking was intended to finance the publication of falsified polls and laudatory media coverage of Sebastian Kurz in the media of an influential Austrian press group, Österreich.

In exchange, the latter was rewarded via the purchase of lucrative advertising inserts, according to the elements of the parquet floor.

The conservatives have participated in the executive in Austria since 1987 and govern either with the Social Democrats or with the extreme right.

In early 2020, they formed an unprecedented coalition with environmentalists.

Karl Nehammer will become the fifth Austrian Chancellor appointed to this post since 2016. The date of his inauguration has not yet been set.

Mauritania: President Mohamed Ould Ghazouani says “he has not betrayed” his predecessor

In Tunisia, parliament is suspended for one more year